From dreams to reality

Singer-songwriter Dhruv Vishvanath talks about his musical journey, his experience working of with AR Rahman, and more. 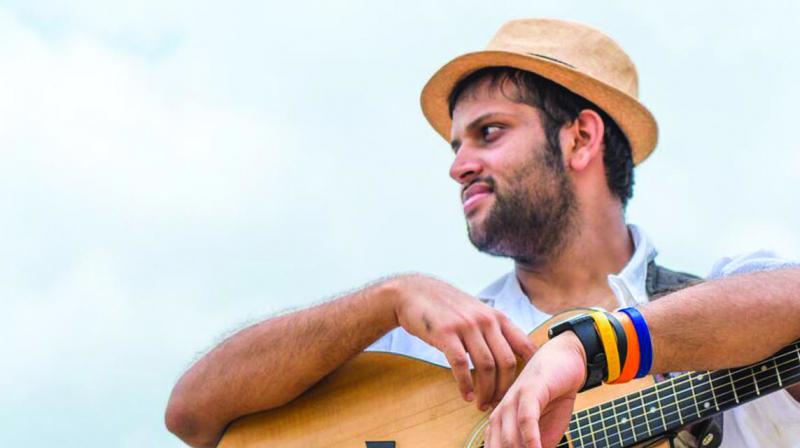 When Dhruv Visvanath launched his first album in 2015, it was a surreal experience for the singer. As would be the case for anyone reaching their first milestone, the singer-songwriter was surprised to achieve this feat. “I wrote and released music I never thought I would do, and I had grown so much since the start of my journey in terms of the songs I was going to release. I was just incredibly proud. I also feel in some cases I wasn’t ready and being an artiste and putting your work out there is not an easy job,” he says.

Now two albums old, Dhruv is one of the most popular independent musicians in the country. His musical journey started as a child when he first started learning piano, but he was also drawn to the guitar at an early age. Reminiscing his childhood, he says, “My love for my guitar grew when I saw a neighbour playing one. I was in awe of what the guitar was, what it sounded like, and it looked so cool. Then I decided to teach myself how to play the instrument.” He then proceeded to master the guitar, which even earned him a spot in 30 Great Guitarists Under 30 list in Acoustic Guitar Magazine.

Dhruv is known to spank his guitar, a technique which came to him in an idle moment. Quiz him about why he uses this unique style, the 28-year-old reveals with a laugh: “I was getting really bored because I didn’t think I was growing or getting any better. Then one day I just picked up my acoustic guitar again and I just decided to sit down and have a go at playing some songs, and from then on it just flourished into something different.”

While releasing his first album Orion taught him a lot, releasing his second album, The Lost Cause (2018) was still a difficult process. The singer, however, understands, that it will continue to be that way. “You can’t release 20 albums in one day. It takes time to create something that’s uniquely you, and in the process, you’ve also taken time to understand how to market and promote your music. That’s a big challenge on its own, and to do it well requires a lot of patience,” he says, adding that it was a matter of putting in the same effort as before, but without as many resources.

His own music aside, the musician has also worked with Oscar-winning composer AR Rahman for a Netflix series, which he cannot stop gushing about. “Working with him was fantastic, he is a very intelligent man, very kind-hearted and soft-spoken. I was very happy that I got to meet somebody like him. I had only ever seen him at distance, so to be able to shake hands and then to have met him and communicate with him was surreal,” he says with a smile.

Dhruv is also appreciative of the up-and-coming technologies and platforms that are providing a space for independent artists to shine. “The fact that we are digitally connected beyond just using it as a streaming platform, there are other resources which help us understand how to market music and how people consume music as well. Especially with my second album, Apple Music was very helpful as they pushed it out initially. Then Spotify also came in. What we found out is that I had listeners and that was the most important thing,” he explains in conclusion.

The singer is currently preparing for a bunch of singles he will be releasing this year and also has a live performance at Jaipur scheduled for next month.