Parikrama was in the house to sway every person off their feet, But for a cause. 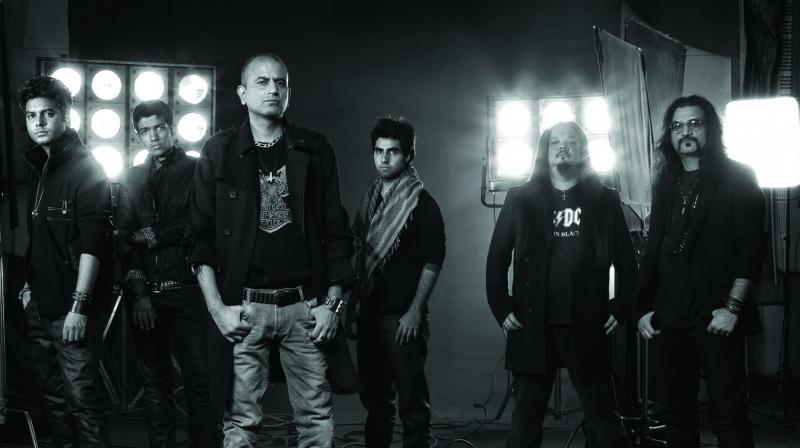 For Parikrama, it was love for rock and roll that brought the band members together. It was in 1991 when they performed their first show at Father Agnel’s School.

When rock and roll music comes to mind bands like The Beatles, Pink Floyd, AC/DC comes to mind without even a blink of an eye. But, these are international bands that we groove to. Coming back to India, Parikrama, a band has long been one of the stalwarts of rock and roll and metal music in India, almost being instrumental in the genre.

The band was here in the national capital to perform for Seagram’s 100 Pipers ‘Play for a Cause’ and Delhi — as we know it — is suffering from a pollution crisis. On the same, Subir opines, “We are lagging behind because of the politicians, it is a political will. Instead of having multiple party systems, if we make one person the power of India probably we would not have issues like pollution.” He further adds, “The problem is between interstate, Punjab blames Delhi, Delhi blames Haryana, Haryana blames Ludhiana, and in the end who are suffering it’s we (humans) who are suffering. There are solutions, we just need to have the political will to it.”

For Parikrama, it was love for rock and roll that brought the band members together. It was in 1991 when they performed their first show at Father Agnel’s School in Delhi and were paid `500 in total for their performance. But, at the end of the show, the organisers, decided to pay `500 to each member of the band and the rest as we know it, is history  “It has been 29 years now and it feels still the same as it was earlier. There is no change three of four members who started the band are still together. It has been a fun journey altogether,” shares Subir

Talking about today’s Rock and roll and metal scene in India, Subir feels that Music is at its transition phase, he says, “Today’s kids are not really listening to too much of guitar bass music, they are more into the techno and computer-based music. And I’m sure this is the transition phase just like it happens in every other industry like fashion and technology. I think rock and roll is the form of music that just cannot die, and I’m 100 per cent sure that it is going to come back.

“If we look at the international music that our children listen to it today I don’t think we can compare the music of then and now, and if we ask a child about their music legend, I don’t think there will be anyone, as much as I have listened to today’s music (coming out of the west) I don’t see anything like Pink Floyd, The Beatles, Deep Purple, or AC/DC,” he adds.

“I have seen so many phases of music, I can say that this is definitely not the best time right now for rock and roll and metal in our country compare to what it was in 10-15 years ago but, I’m really hopeful that it will definitely be going to be back soon,” Subir shares.

According to Subir, the Indian band scene has drastically reduced but the feel of it is unparallel so there will be a future for band scene in India. However, he suggests that while pursuing music, do something beside it so that one is financially secure.