The A.R. Rahman Concert Film, they talk about celebrating music and not about failures or remorses. 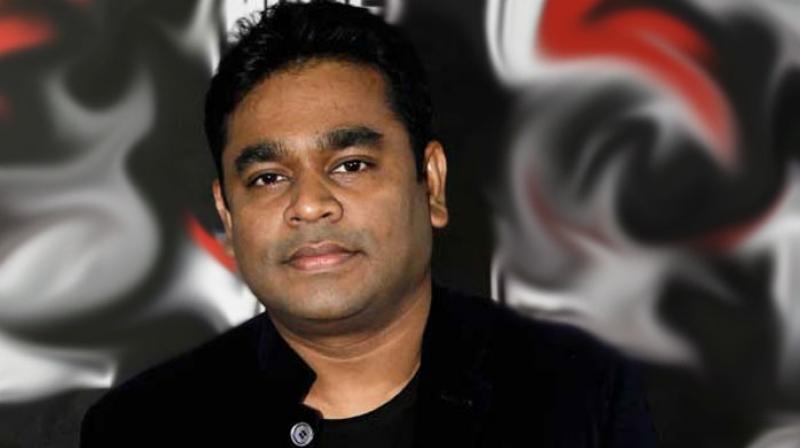 A.R. Rahman says if he would make a biopic on someone from the world of music, he would choose to bring Bismillah Khan and Ravi Shankar’s life on celluloid.

Filmmakers usually show the rags to riches  story in biopics of sports personalities, but music maestro A.R. Rahman says he fails to understand why musicians are often depicted as losers on the big screen.

Rahman feels people are only interested in making biopics on musicians, who have led a tragic life.

“I think people are interested to do biopics on failed people or failed musicians who die of poverty or drug addiction,” the musician said.  “Even abroad if you look at ‘Inside Llewyn Davis’, the Coen brothers movie, it is all about how a guy fails, is disillusioned, is a drug addict, and gets thrown out of the house. So, that perception has to go. Musicians are not losers, they are winners,” he says.

Rahman says in his recently released film “One Heart: The AR Rahman Concert Film”, they talk about “celebrating music and not about failures or remorses.”

He says if he ever has the opportunity to make a biopic on someone from the world of music, he would choose to bring Bismillah Khan and Ravi Shankar’s life on celluloid.

“There are many people (from the world of music on whom a biopic can be made) but the problem is you can’t replicate what the person did. Like Bismillah Khan saab, you can’t have a shehnai player like him, you can use the recording. Also a biopic on Ravi Shankar, they are celebrated Bharat Ratnas,” Rahman says.

Meanwhile, the Oscar-winning musician has been roped in to compose the music for the biopic on Bruce Lee, which is being directed by Academy Award nominated filmmaker Shekhar Kapur. “It is a challenge as Shekhar expects a lot. I am looking forward to it.”

According to reports, the film will be a contemporary dramatisation of the 1950s Hong Kong social and political forces that made Bruce Lee a famous martial arts star
and a modern day philosopher.