Adding a flavour of its own, Masala Coffee is raring to take on the music world! 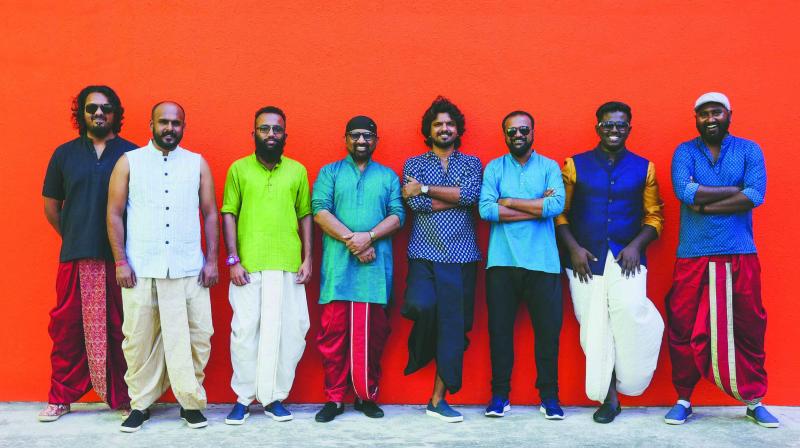 The band performs basically in the genres of Indian folk, blues, pop and rock.

We love it when artistes hailing from the local soil make it in the national and international leagues. Since their inception in 2014, Masala Coffee, this band which is based in Kerala, has  set a benchmark of their own and have been touring non-stop ever since. Their sound is best described as strong, thought-provoking, and filled with raw emotion. Clearly, they are poised to dominate the music scene for years to come. Their unique and distinct musical style even helped them to create music for more films. In a candid chat with the band fresh off their whirlwind tour after their recent concert in Bengaluru, we get insider details!

The band performs basically in the genres of Indian folk, blues, pop and rock.

“It’s been a fun and buzzing year. We’ve travelled to so many places now. Met so many people and felt those positive vibes around. For now, we plan to go with the flow. Since our start, the amount of reception that we have been getting is phenomenal,” says Varun, the percussionist and vocalist of the band. “We started off by covering old songs with our ‘Masala Coffee flavour’. It really clicked well after our performances in Kappa TV’s Music Mojo. We feel great about it! From releasing our first original to playing in some of the biggest venues in the country, each step has been a turning point. All of us being full-time into music make the run much like a jog!” He adds.

Varun, who is also one of the founders of the band, says the key behind their success is the blend of great talents  in the band. “Though the band is just four years old, every artiste in our band been in the music field for over a decade. Our bass guitarist Paul Joseph has been shredding his guitar for more than three decades. So, each of our talents came at one place and that is why our songs taste like a masala coffee,” smiles Varun.

Ever since they set a benchmark, movie makers started to zoom in their focus to Masala coffee. Thus, came many opportunities. They debuted into film music direction in 2016 with the title track in a promo video for the Malayalam movie, Hello Namasthe. Their first major composing was for Uriyadi, a Tamil movie directed by Vijay Kumar (Tamil filmmaker) consisting three songs. Masala Coffee are one of the composers for the movie Solo. Now, they recently did music for an upcoming Tamil movie Kannum Kannum Kollaiyadithaal, which has Dulquer Salmaan in the lead.

The band’s hit songs included their version of Kantha, which is the most requested song whenever they perform live.

The band feels like our country’s culture towards independent songs needs to improve. “We still feel that music culture is bound by  film songs. Of course, there are national and internationally acclaimed music festivals that still have to reach out to everyone. May be that is a reason why young bands start off their journey by doing covers,” Varun added.

They have been touring a lot lately and their performances aren’t alien across musical hubs  like Bengaluru, Mumbai, Chennai, New Delhi and across the North-East.

“We’re grateful to have been able to play in a lot of festivals and events. Every single one of them gave us a different experience, a lot  of lessons were learned. Backstage, there were no boundaries between artists, all the performers blended with each other, and I think that’s awesome. We amassed new experiences in each and every place that we’ve performed at.  As far as what’s next, well, in the coming months, we will be performing in Chennai, which will be a corporate event and in Mumbai on October 13 in Mumbai.”

Though they are from Kerala, they’s prefer to not be called a Kerala band, and feel their songs and music have no barriers in terms  language.”

Varun who has been in the industry for the past 12 years has also been making his solo projects. He recently created some music for a movie and also have a few other projects in the pipeline. The band  is working on their debut album and planning to release it by the end of this year.