Sounds from god’s own country

For Resul, capturing the 1133-year-old festival “and to be able to archive such a big tradition in the world” is a soundman’s dream. 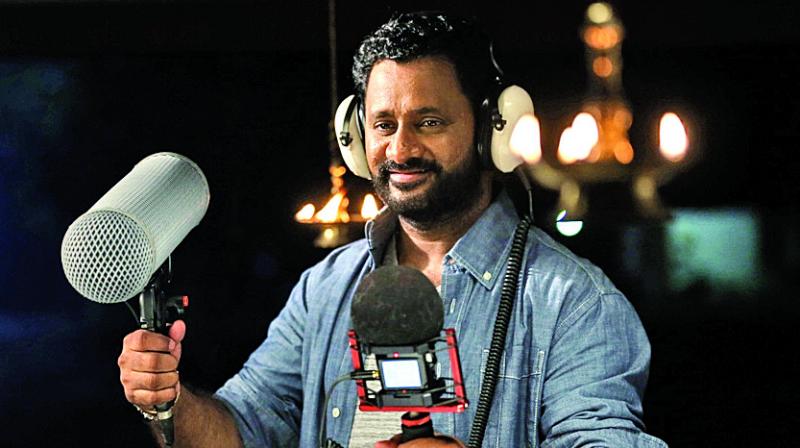 The festival would commence at one in the afternoon and wrap up by 6 am the next day.

While researching on ways to record Thrissur Pooram, the five-day Kerala festival which involves the assembling of nearly 60 elephants and more than a million people, Oscar-winning sound director Resul Pookutty discovered a unique feature. The main elephant that carries the deity at the festival is blind and his whole route is guided by the sound of percussion instruments, played at the festival. This insight sowed the idea of a feature film that would have a visually challenged sound designer attempting to record the sonic experience of this mega festival in Kerala. Originally intended to be made as a documentary, The Sound Story will have Resul facing the camera after years of working behind the scenes. “My respect for actors has gone up manifold now,” laughs Resul as he explains the idea behind the film. “After my Oscar win, I would often be asked about my next big step and to escape the incessant questioning, I would tell them about my wish to record the Thissur Pooram festival,” he adds.

The Oscar winner was in for a surprise when NRI Rajeev Panakkal, contacted him and mentioned about his desire to fund the project. As they embarked on recording the festival, it was also decided that the process would be simultaneously be filmed. After learning about the blind elephant, they decided to turn it into a feature film and despite not having a script in place; the crew continued rolling with 34 cameras. “What came out of it became a part of the story. It’s a soundman’s attempt to record Pooram and his struggles and travails. It’s a very unusual film and isn’t made to launch me as an actor,” he says of the film that premiered in Canada on August 11. 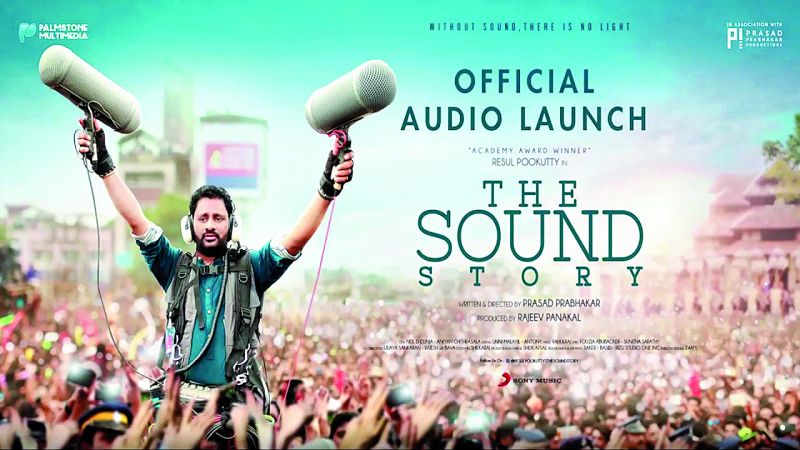 For Resul, capturing the 1133-year-old festival “and to be able to archive such a big tradition in the world” is a soundman’s dream.  The festival would commence at one in the afternoon and wrap up by 6 am the next day. “We are from Kerala and Thissur Pooram is one festival engrained in our psyche. Being the biggest sound festival in the world, it has always intrigued me,” he says adding that the most challenging part of the shoot was the climax where he shot the Pooram live. “There was a three-hour performance inside the sanctum sanctorum with 60 elephants, 475 musicians and one million assembled people and by the end recording, my entire left side was paralysed,” he says explaining that lugging 25 kilograms of equipment, holding microphones in his hands to record was a tough experience. But the energy of the place is surreal and Resul suggests the festival as one of the must-visit places.

“It’s not just the music, but the sound of the entire tradition that has been carried over for a thousand years. More than five lakh firecrackers are burst as a part of a ceremony and they also follow a set rhythm. Even the UNESCO says one must experience Pooram at least once.”

The 47-year-old sound director who has worked in films such as Highway, kochadiyan and 2.0, among others believes that sound design is still one of the neglected aspects of film production. Despite the strides in technology, very little has changed. “Even now, a major part of a film is spoken dialogue and music but there are a few people who understand the possibility of using sound as a part of production value. That always been our struggle anyway,” he concludes.