If you are someone who loves garba and fusion music, tune into her works. 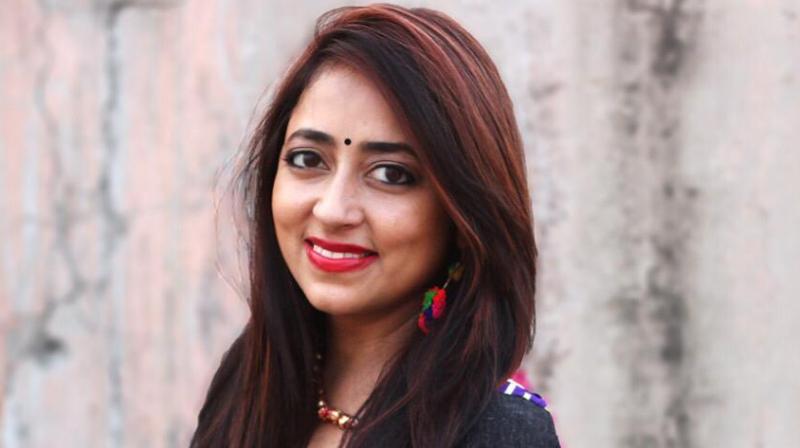 Navratri is around the corner and we introduce you to, Kairavi Buch. A singer who rules the arena during the festival and entire Gujarat awaits her performances to shake a leg.

She is the voice of the world famous United Way of Baroda Garba, where 75000 players dance on her voice, proudly holding Guiness world record for"  largest number of players dancing at one place at one time". United way of baroda is a place where  Navratri is celebrated in its original traditional way, keeping the glory of the festival alive.

Kairavi, dubbed as the queen of garba enjoys a mass following. her performances are broadcasted live by colors TV and she performs at various festivals across the world. Her ability to fuse old age gujarati classics with modern contemporary music is magical,  with the vision of warming up young gujaratis to  regional music.

Kairavi has  been performing for the indian diaspora in the US, Australia, New Zealand, Canada & UK..Kairavi also runs a youtube channel titled 'Folk Studio by Kairavi Buch' which has turned into a mass sensation.

Kairavi is already the go to singer for  various concerts in gujarat and has been a part of various corporate events in India and abroad, with more than 500 live shows in her kitty.. Apart from being an extremely talented musician and a singer, Kairavi is a true social media sensation.

A thing very few people know about Kairavi is that she is also a doctor!
So if you are someone who loves garba and fusion music, tune into her works.

Her latest release is a Gujarati Garba Rap Mashup, called  the "HOVE HOVE MASHUP" is a novel concept and is turning viral.. Tune into it and we bet you won't resist dancing!