Their debut EP’s India release is out, and this duo behind a Hindustani trap EP are excited about the road ahead.. 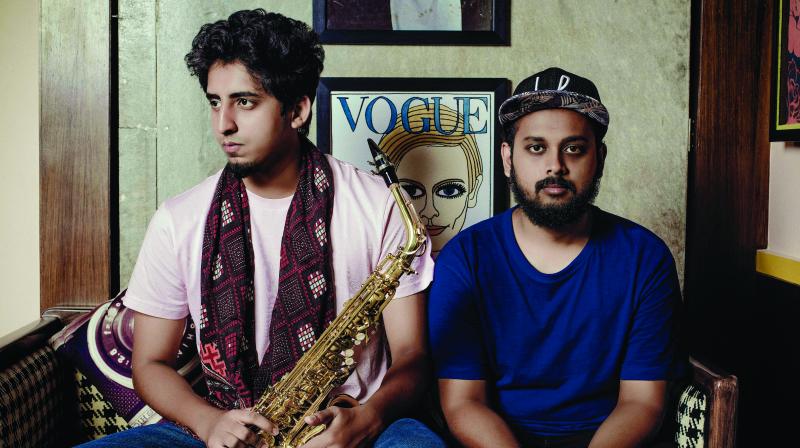 The boys started out in college as band members, during their Christ college days.

Two young musicians. One goal: To chart exclusive territories in the music industry by fusing Indian instruments and music with EDM to create a self-composed genre they call ‘Hindustani Trap’.

Bengaluru-based music duo Argenil aka Anil and Rohit can’t remember a time when they weren’t fascinated by the whole idea of rustling some magic – in the form of music felt and sounded unique. They released their debut EP She Did It. The EP features Sleazeball, Help, Dholna, Marianna and She Did It. The India release happened towards the end of August, while International releases by the end of September.

“It’s a blend of many things. There are two songs. There’s a title song, and then another song which is totally in the dark vibe of trap. It’s a little dirty... not the dirty in a bad way though.”

From using nadaswaram, violins, flutes, table, Ravanhattha,  thavil, the EP covers everything from reggae to trap to dubstep  to folk to hip hop.

Grateful to be musicians at the right time, Rohit believes the music scene in India is constantly evolving, “As DJs, not a lot of people actually play live. And, the audiences in India have become so mature that they come to a gig because they want to hear something specefic. Youngsters in Indian cities, know their music so well. So, as musicians, it makes us really proud ‘cause every gig you play, there are at least 200 people coming for a specefic song/music,” begins Rohit, producer/percussionist.

The boys started out in college as band members, during their Christ college days. “We used to love metal musicians. I used to be a drummer. We used to play extreme genres. And then we got into electronic music production. I play all the instruments and Anil is the DJ. It’s been a very good journey. So far so good!” he says.

All for creating a balance, Anil says, “I never used to play any instrument before. Rohit is the one who made me  pick up the guitar. Later down the line, we made a band, and everything went well. We have some worth right now, we needed to showcase it to people. That’s what inspired us, and continues to inspire us.”

Big Gigantic and Gold Fish are some of the artistes they look upto. Currently touring India, the boys have a lot to look forward to. “We are pinning our hopes on this one.”