He’s got the blues

Warren Mendonsa, who will be performing at the upcoming Mahindra Blues Festival talks about his early influences, upcoming album & much more 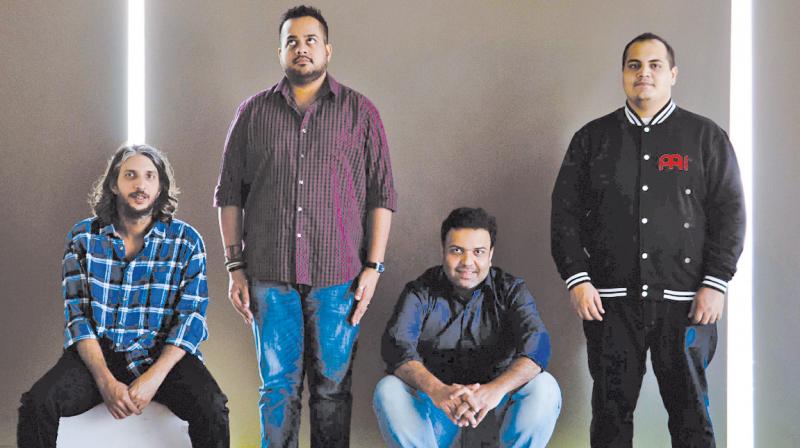 Warren Mendonsa has come a long way since his Zero days. With his solo act —Blackstratblues — he has been quietly growing his repertoire and credit as one of the top names in the music circle. Ahead of his gig at Mahindra Blues Festival today, he talks about his love of blues and the “rawness” that attracts him to the genre. Excerpts:

What are some of your earliest musical memories? What got you started on the guitar at the early age of five? When did you add bass guitar and fretless bass to your repertoire?
I was lucky to be born into a musical family — my dad played bass and guitar, his brother Loy played keyboards, bass and guitar, their dad played the harmonica and my mum’s dad played the violin. My mum sang and played guitar too and every family gathering would inevitably turn into an informal jam session (or a sing-song as they used to call it). My parents must have noticed I had some musical leanings, and they brought me a little acoustic guitar by the time I was 5. I learned a few basic chords and began to sit in on these jams, but it wasn’t really till I got into the Beatles by age 13 that I really began spending serious time with the instrument. I was more drawn to the bass at first, as my dad had a lovely 70’s Fender Jazz Bass at home. The first guitar solo I figured out by myself was Nowhere Man by the Beatles, still one of the best solos I’ve heard till this day.

How different is your sound with Blackstratblues from your earlier project Zero?
Blackstratblues is predominantly instrumental, and the live performances are of a more improvisatory nature. Zero was no-nonsense rock & roll and more song-based. The former has evolved over the years as well, and I think when the current line-up solidified it brought about a quantum leap in the live performances. There’s no tendency to replicate the studio versions of the songs, and each show is unique from every other one. One thing I miss about Zero is I never had a mic in front of me, and I got to just play guitar in my little corner on stage!

Since you started your solo project, you have mostly stuck to the blues. What attracted you to the genre? Would you like to spread out with other projects or would you prefer to stick to blues?
I don’t think Blackstratblues is a Blues band in the traditional sense. There are many other artists who do that a lot better, and have my complete respect for keeping the music alive in its purest form. The Blues in terms of feel, soul and vibe heavily influences what we do, but there are a lot of different influences creeping in, from Psychedelic, Hard Rock, Electronic, Jazz and Indian music. This keeps things a lot more interesting, rather than having to stick to a particular form or genre. There have been plenty of bands doing this, from Cream, Led Zeppelin and The Allman Brothers in the late 60s/70s to artists like Tedeschi Trucks Band & Gov’t Mule today. What drew me into the Blues is that it is a very raw, open and primal form, and it grabs you by the gut before you have time to analyse things or get too cerebral about it. To be effective as a performer, you are pretty much forced to lay it bare and not hide behind anything, be it technique or fancy arrangements. It’s the perfect form for telling a story, and taking an audience along with you for a journey. Given the fact that I moonlight as a session musician, there’s plenty of other projects that I’m involved in. All the others in the band are session guys too, and Blackstratblues is our therapy.

Is it more of a challenge to create purely instrumental pieces as opposed to the songs, which you composed with Zero?
With Zero, I had a great songwriting partner in Sidd Coutto. We used to be pretty quick at writing — I don’t think any of the songs took more than an hour to write in their basic forms. Sidd wrote most of the vocal melodies and lyrics, and the chords and riffs were my department. Later on, we started writing collaboratively as a band, and Rajeev wrote a lot of the lyrics. There were a couple of purely instrumental songs in Zero, there was a pretty tune called Spitleaf that we never really played live, and another one called Christmas In July that was good fun on stage. With Blackstratblues the guitar takes the role of the voice sometimes, and you have to make sure that it tells a story. This may mean stating the melody a few times before you can improvise, but all good improvisors do that by default. Since there are no words, communication via a melody or arrangement is really important.

Your last album —The Universe Has a Strange Sense of Humour — came out in 2015. Can your fans expect to see an EP or album anytime soon?
We’re more than halfway through recording the next album (titled The Last Analog Generation) and it should be out later this year. A couple of new songs are out on our Soundcloud page (soundclound.com/blackstratblues) and we’ve previewed them live at recent gigs.

Who are some of your favourite blues artistes?
Too many to list completely, but here are a few: BB, Albert & Freddie King, Albert Collins, Muddy Waters, Howling Wolf, Big Bill Broonzy, Junior Parker, all great classic stuff. Of late, Matt Schofield, Derek Trucks, Kirk Fletcher, and this amazing new kid called Marcus King that I absolutely love. Back home, Rudy Wallang is my man.