She always only wore one favourite sari for concerts; she believed the sari retained the vibes of the concert, was auspicious. 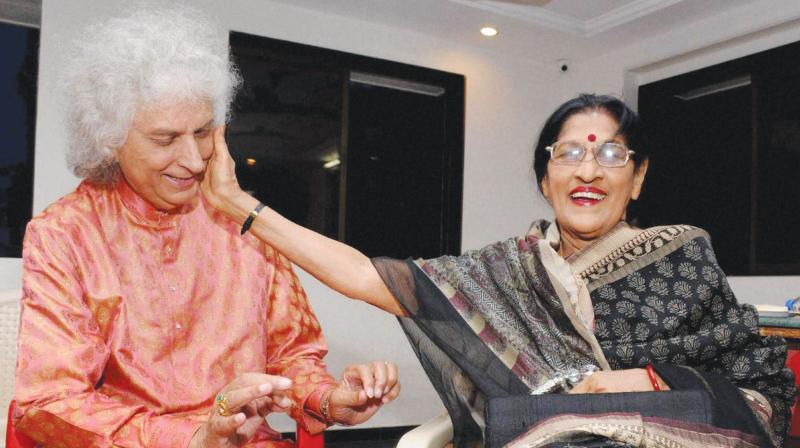 The weight of the legacy of two generations of iconic singers — great grandmother Mogu Bai Kurdikar and grandmother Kishori Amonkar — rests on her slight shoulders — Tejashree looks too young to carry this burden, but looks are deceptive.

Tejashree is tenacious, aware of her heritage and determined to bear the responsibility left to her by the “taalim (training)” given to her — more to the point, she has the voice and extensive riyaaz (practice) to see this dream through. Speaking to her at length, while the grief of her recent loss (Kishori Amonkar passed away on 4 th April) keeps intruding on our conversation, the way ahead musically seems clear to her.

Joining in the conversation was one of Kishori Amonkar’s oldest disciples, Nandini Bedekar.

Some excerpts from a lengthy conversation:

Tejashri when did you start seriously learning music?

Tell us about the music of Kishori Amonkar

She literally lived for music, it was her life. It sounds trite but was true. She linked everything to music, or a musical concept. I remember once when I talked to her about a satin fabric I was using to design an outfit, she said “see Teju, that’s how a ‘meend’ should be, as flowing and molten as this satin”. At home, she would listen to music, the TV channel Insync, she loved hearing the newer generation. Though she didn’t believe in 10 hour practice every day; she always said command of your medium was not enough. You need to do “chintan (contemplate)” of the Raga you are performing. She was a living example of what she taught us. “Voh sangeet mein hee rehti thi”.

In the music room, we used to practice every morning, one raga for a few hours. Then after a rest in the afternoon again practice in the evening. Once she picked up the swar mandala, she would not stop for anything. She would listen to all types of music; she used to say you never know what you may learn from where. But despite this, she never forced music on anyone — she felt the urge to learn has to be from within. That’s why neither of her children learnt.

“In every generation of the family, only one member of the family has learnt music — in Mogubai’s (Ayi) generation it was only her, Tai (Kishori ji ) was the only singer amongst her siblings, and amongst her three grand children, only Tejashree sings. Many came to learn from Tai, but her high expectations could not be met by everyone — she felt the dedication and time she gave should be matched by her students.

How did she teach you music?

She just taught. Really well, really thoroughly. Really meaningfully. There was never this theorising about vaadi, samvaadi, Raga ki pakar (catch phrase of a raga), her teaching method was age old, traditional. In fact, sometimes, I didn’t even dare ask her the name of the Raga I was being taught, while learning - she used to say “tumhe Raga seekhna hai, yaan raga ka naam seekha”. (do you want to learn the Raga or just the name of the Raga). She was against the “thaat” system, (a system of classifying Ragas introduced by Bhatkhande), at inadequate classification. Raga for her was an emotion, can you constrict an emotion? Can you box it into a category? How can there be one way to express you love? Similarly, how can you limit the expression of the Raga? 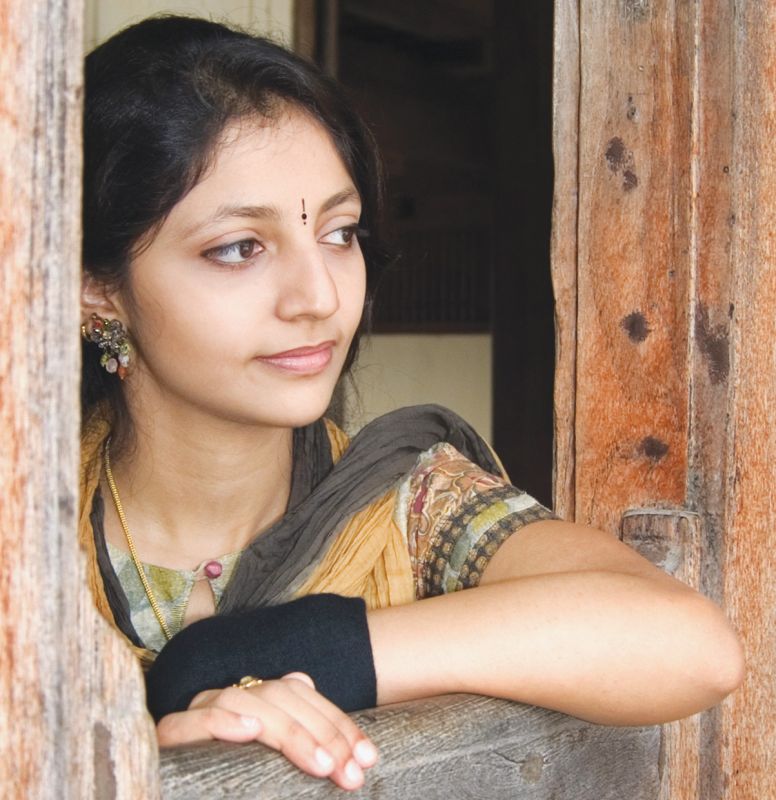 Who was she close to amongst musicians?

She was very fond of Hariji (Pt Hari Prasad Chaurasia), Shivji (Pt Shiv Kumar Sharma). She admired and respected Vidwan Balmurali Krishna, and was also fond of him. She was exceptionally close to Smt Shobha Gurtu, who also belonged to Goa. Shobhaji used to sing her “mharo Pranam”, Ayi used to sing her thumris.

Tell us something personal about your grandmother

She always only wore one favourite sari for concerts; she believed the sari retained the vibes of the concert, was auspicious. The same sari would be worn for more than 10 years, till it really wore away. She was the best grandmother. She was a very open person, listened with the same attention and receptivity even to a young person, not only to someone of her stature or age. She was a very nice person, lovely to converse to, nice to spend time with.

I remember her knitting - she was a perfect knitter. Once she made a sweater for Arun Dravid, her student when he went abroad to live.

It was so perfect that the foreigners he interacted with could not believe it was not machine made. She was excellent at making rangoli’s – she literally duplicated paintings. She could even depict shading in the sari in her rangoli. If any one aspect was not to her liking, she would redo it. She had a very strong visual sense.

She used to represent her Bombay college at table tennis. She was a very good athlete, ran very well. She played carom really well too. Actually whatever she did, she did very well; she was a perfectionist. I have heard she was an excellent cook, though I personally have only eaten a Russian salad she made me, but I have to admit, I have never eaten a better Russian salad!

(Nandini interjects here, and concurs, yes she was an excellent cook; and in fact I learnt how to cook from her)

She held people close to her heart, her circle of friends was very few but she held them very dear. She had several non musical friends. On her birthday, and on Guru Purnima, our house would be thrown open to everyone, every year – she used to insist that everyone who came had to be fed, even if it was 100-150 people! On her 75 th birthday, we planned a small celebration on April 9, before the open house on the 10 th .

We all danced, to film songs – lavaani from Bombay, folk dance of Goa, from Bengal –everywhere. I was the choreographer. Ayi was so delighted, so childlike in her appreciation.

Did your relationship with her change after your recent marriage?

No! She was very fond of my husband and frequently used to say I wish he was here with me, there is so much I have to say to him, he understands me. (Nandini interjected and said she was so excited about Tejashri’s marriage, she attended each ceremony though she didn’t usually attend all family functions, as it took her away from her precious music)

What was her routine?

She was very rigid in her schedule. She took a long time over her puja. Every morning she would do her puja for about 2 -2 and a half hours every day. It started as a half an hour thing, but eventually went on to becoming a long process. She would do her own riyaaz early morning, then her puja, then riyaaz with us students from about 1130 till 2. Then she would rest in the afternoon, then again training us students from about 5 till maybe even upto 10 pm.

Tejashri tell us something not widely known about Kishori Amonkar:

A little known fact is the book she wrote in Marathi on her theory of music “Swaraartharamani”, which came out, I think, in 2012. She referred to a lot of the old Sanskrit texts, and then applied her learning into writing the book. We are trying to translate it into Hindi and English; it’s difficult in English but it’s almost done.

Can you summarise the book please

No way! (she laughs) I remember she once took four hours at a lecture just to summarise the first chapter. Please, I could’nt summarise it!!! It’s basically an answer to why you are singing what you are singing. (Nandini interjects here, Bharat muni had written down “Rasa Sidhants” (principles) and Tai applied these principles to Raga sangeet, linking kaavya and natya to Raga sangeet. She used new terms Raga gayan, Raga sadhana, Raga natya and Raga kaavya)

Is there something she once said that you have never forgotten?

I remember once when I was about 12-13 I was very let down by a friend; Ayi took me into the music room and made me sing. I was quite hurt; here I wanted to cry and discuss how my friend had hurt me, and here my loving grandmother was making me sing!!! After I had calmed down, she told me something I have never forgotten - circle yourself with notes; people can deceive you, notes will never let you down.