The key to good sound

Sanaya Ardeshir, who goes by the stage name Sandunes, talks about growing up with music. 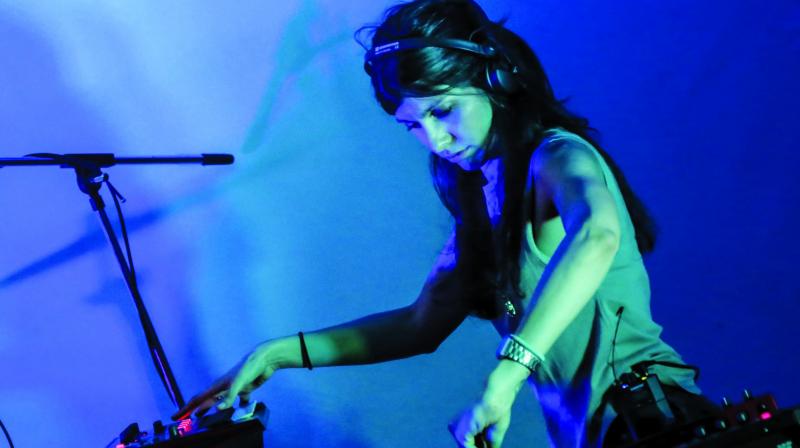 27-year-old Sanaya Ardeshir is creating a range of tunes that are recognised globally. A tête-a-tête with the music producer is nothing short of enlightening, considering how talented and knowledgeable she is. Ask her about her musical background and she reveals, “I’d play with bands. I played funk, jazz, rock and the blues when younger. After being a keyboard player for many years, I took to production. I got into producing electronic music, but I’ll just call it music because I don’t like putting a tag on it.”

Having had several releases till date (EPs and albums), her latest release Downstream was out in September. From human conditions to emotional landscapes, from good food to politics, Sanaya draws inspiration from various things. A DJ, composer, keyboardist — she’s all of these, but ‘producer’ is what describes her best, she believes.  “I’m someone who sees something through — from the beginning to the end. For me, it encompasses all the things — from instrumenting and writing to composing and arrangement.”

Born in the city of Jamshedpur, the producer, who calls Mumbai her home, was a only little girl when she took to playing the piano. After finishing college, she got more committed to music. In the year 2011, she headed to London city where she studied music production. After a year of learning, she was equipped with a broad range of skills. “When I came back, there was a lot of space and willingness from the audiences and promoters to try new stuff. I’ve always wanted to do something which is challenging and pushes boundaries,” says the artiste.

Now that she’s contributing to the music scene’s development, Sanaya admits it’s a gratifying experience. As a musician, she has done several collaborations. Her major one is Perfect Timing, with Kolkata-based drummer and producer Jivraj Singh. “I’m constantly writing music with other song writers. I have an EP coming out this year. I recorded with a band in New Orleans and built some sample tunes from the sessions.  I like to work with people from different mediums like visual artistes and graphic designers to name a few.”

Sanaya likes how novelty excites Indians. “I’ve seen a massive change in the desi electronic scene over the years. It’s fast developing. I don’t condone the large scale EDM culture, but it’s got a huge following here, so that creates space for the underground and marginal stuff to exist.”

As a woman in the electronic space, she’s often asked how she feels to be a lady in a male-dominated field. “I feel like everything you’re doing gets negated if you’re harping on ‘women in music, ‘women writers’ etc. I have decided to talk about it less, but collaborate more with women, push myself towards better quality and technical proficiency.” She insists on working towards increasing diversity and the representation of women in music and thereby increase access.

As for what she hopes to see in the Indian scene in the future, she says, “I want to see more infrastructure, more support from arts councils, trusts or communities. Art could be looked at for innovation and social development. If ideas generated by artistes are linked to scientists, developers or innovators, there can be big jumps in the field. Thankfully, our infrastructure is getting better, and quality-wise, we’re good. It’s pretty fun to track.”