Indie music has really taken off recently and South Indian sounds are making it big too. 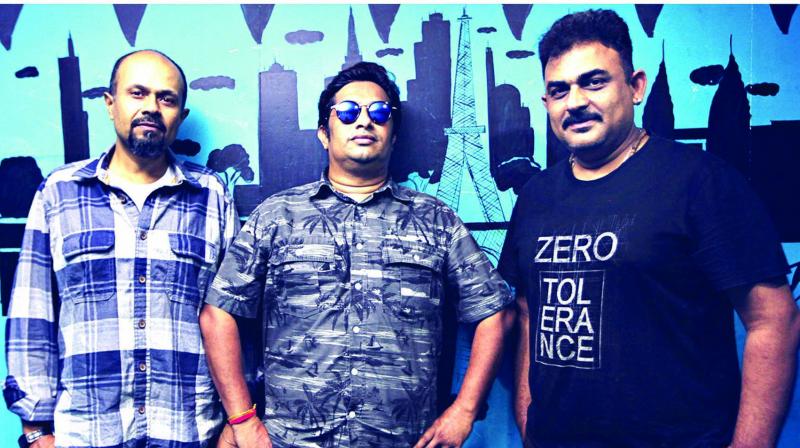 Lazie J, based in Bengaluru, has qualified as a finalist to the World Song Writing Awards 2019, to be held in the US.

It can be seen as a golden phase for indie music in the country with a host of talent arriving on the scene, each carrying with them fresh ideas. Besides, Indian musicians are making it big at the international level as well. Recently, the South Indian band — Thaikkudam Bridge —  was selected to perform live at Summerfest in Milwaukee in the US. And now, another band called Lazie J, which was founded in Thiruvananthapuram and is based in Bengaluru, has qualified as a finalist to the World Song Writing Awards Spring 2019 held in the US.

Jay Pillai, founder member of the band and one of the pioneers of Indian rock music, says this is one of the best moments in his career that started almost 28 years ago.

“The awards are decided after industry experts evaluate online entries from across the world in various categories. Our entry — Twilight Zone — qualified as a finalist in the Rock Music genre. Finding a place in the final list of artistes who are selected from around the world   — that is something special that you cannot explain in words,” he gushes, quite uncharacteristically but understandably.

Jay, along with Manoj Pillai, a master drummer who is also the co-founder of the band, started their journey with Lazie J in the early 90s when English rock/pop music was followed by only a small section of our society. “Our success took us to greater heights and we had an international collaborative called Lazie Bison with
some Canadian artistes and it was a big success,” remembers Jay.

Lazie Bison had illustrious members like guitar legend Johan Dereborn (Sweden) and Evan Murray (Canada) in its line-up along with Jay and Manoj. Their feats have been recorded along with interviews in many magazines and popular websites.

Legendary guitarist John Anthony, who passed away recently, was part of their projects, especially with Lazie Bison.

His absence is irreplaceable, says Jay, adding, “John was an integral part. The musical genius left us in dismay, but we were able to have Dileep, who has joined the band as a guitarist since then.”

Lazie J songs have been played on MTV UK and VH1 USA, apart from many international FM and Internet radios across the world, and on radio shows in Portugal, Finland, Spain, Canada, UK, USA, and Australia, including BBC Asia, which aired from the UK.

They have reached the top 10 list of rock music charts. Their songs have appeared in the world’s most downloaded Mixtapes called Coast2Coast Mixtapes in many volumes of worldwide rock and pop editions.

As a band that has been active for so many years, when asked about the growth of the Indian indie music scene, Jay goes, “Indie music in our part of the world has been growing steadily and the audiences have started to welcome any kind of music, whether it is hard rock or metal. Social media has been a boon for the industry and it helped us to grow and get a lot of exposure.”

As of now, Lazie J is working on two new EPs and which they are excited about releasing soon. They also have plans for an international tour covering North America and Western Europe. And, apart from Lazie J, the Pillais have also been involved in helping upcoming independent musicians through their efforts like the award-winning TV show on Amrita TV — Autumn Leaf.

It offered a big stage in Kerala, which demonstrated the capabilities of 50 bands in South India.