Ahead of their unique fusion concert at the Royal Opera House, the musical maestros share their views about the popular trend of fusion in India. 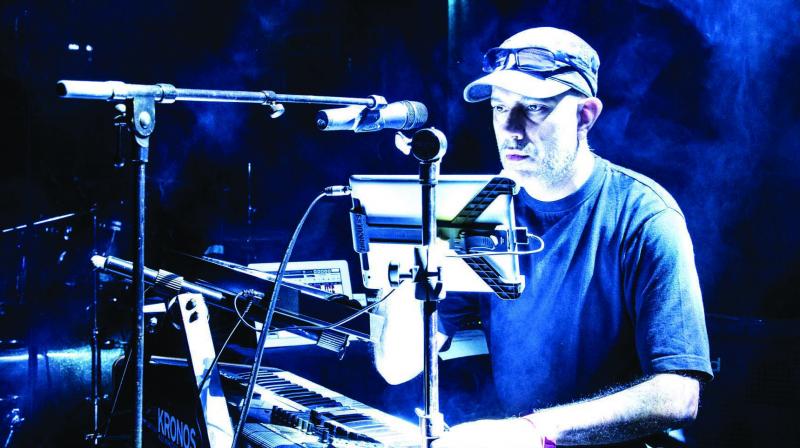 It was 1955 when a few creative musicians urged for a two-pronged musical approach to create something fresh for the listeners. The idea helped in moving away from traditional music concerts and led to the invention of fusion music. As the fusion of Indian classical and western music is becoming popular among young music lovers, many artists are blending their home ground music with different world music genres. In a unique fusion concert, sitarist Hidayat Hussain Khan, pianist Zubin Balaporia and tabla player Fazal Qureshi along with other veteran musicians have been roped into performing Raags and Rhythms at the Royal Opera House in Mumbai.

“An amalgamation of different styles does not always bring out the best music. So, fusion is always a challenge. There has to be a legitimate harmonic musical path to the confluence,” says Zubin, who is excited to perform with two stalwarts from the Indian classical world. Zubin along with Hidayat Khan and Fazal Qureshi are all set to give the audience an exciting blend of style at the forthcoming concert. “We have assimilated a lot of music from different countries and different genres, which we want to present to the audience,’adds Fazal. Expressing the idea of music as a universal language, all three musicians are blending their tunes to present a taste of everything, while retaining their unique perspective and presentation. “All music is intertwined. Our lives have become a fusion. We are constantly exposed to the world which creates a sense of fusion in our lives and our music,” muses Hidayat Khan.

Hailing from the background of Western classical, rock and jazz, Zubin enjoys bringing these elements to fuse with what Fazal and Hidayat conjure up. Similarly for Hidayat, it is the off-stage bond that he shares with the other musician that helps him to bring harmony to the stage. “My sitar is an extension of my emotions. If I connect with artists off-stage, I definitely connect with them on stage. I have a ton of respect and love with all the artists I’m collaborating with," explains the sitarist.

Surrounded by the best musicians from around the world, Hidayat’s musical career began at a young age. While many know that the sitarist has performed at the Carnegie Hall, Lincoln Center, NYC, and Royal Opera House, London, Hidayat reveals that he used to perform in restaurants before reaching this level. “By the time I was born, my dad’s struggles were over and he was a world-famous musician, which meant I was living in high luxury. But I had to find my own way through it all,” reveals the artiste and adds that now he gets to share the stage with his most favourite artists.

As the fame of fusion reaches to the next level, there is another trend in the music world taking rounds – remixes in Bollywood. Ask the pianist Zubin, who has been composing scores for Bollywood films and documentaries, about the trend and he avers that the producers tend to gravitate towards remixes because they know that they are working with tried and tested melodies of the original. “It’s a safe bet on the song getting more mileage,” he says. It is true that in terms of technology, Bollywood music has changed for the better and the pianist believes that in terms of creativity as well, there are some great songs. “Whatever the era it may be, there will always be some great songs and some average ones,” he insists.

While one wonders if classical instruments and learning to play them is still relevant in the age of technology and electronic music scores, tabla maestro Fazal denies the popular notion. “That is a wrong impression people have. I meet so many youngsters who are learning classical music, either they are learning tabla, sitar or singing. Interest towards classical music and instruments is very much there,” says the veteran musician. But do classical musicians see a strong survival? “If you are good then there are many options available for you to pursue music. Survival in music, in general, is much higher than classical music and that’s why musicians do a lot of experimental music besides doing classical," he concludes.