On song for little ones

A cultural entrepreneur has come up with an album that is dedicated to creating awareness on child abuse. 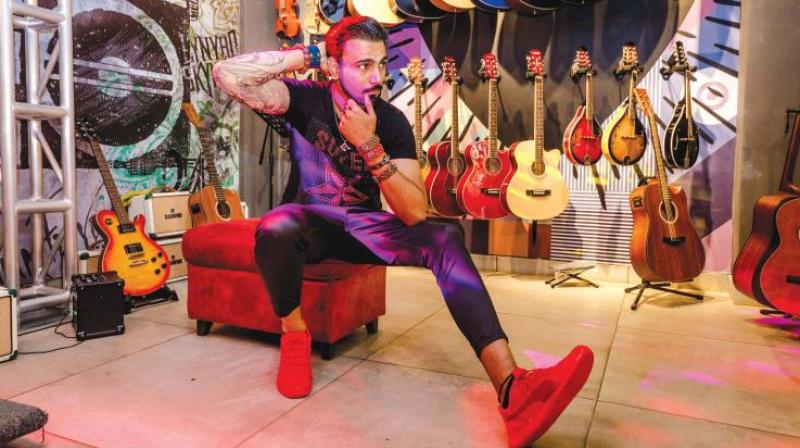 We’ve all had people going to great lengths discussing about the ways to do away with issues like child abuse and exploitation, and forums that aim to help and rescue kids and tackle mishaps at varied levels.

Despite these efforts, there isn’t a dearth of heart-wrenching atrocities committed against children. So, what’s the solution? Awareness and continual efforts to ensure the message is put across through the right medium, believes Aashish Dubey, a  social and cultural entrepreneur. He recently rustled up an album titled, Aashish — Music for a brighter future, in keeping with his passion for being a change maker, and acting as a catalyst, with an intent to create music with a purpose.  It will be launched on September 15.

“I wanted to sensitise people on the commonly overlooked needs and rights of children and in particular, their rights to education. Music is powerful, it heals and it impacts a lot more than we think it does. This is a product of me shaping my dreams of giving wings to children through soulful renditions. The songs in the album were written keeping the United Nations Sustainable Development Goals in mind. The inspiration though, for the album, came from a popular message my mum once shared with me. And, that is to work through your today to pave the way for a safer and saner tomorrow for the children. That thought egged me on towards this,” says the excited singer, who is looking forward to the album launch.

Aashish has collaborated with Grammy-award winning Ricky Kej, who helms the music compositions, and is the music producer. Speaking of the collab, Aashish shares, “I’ve been in talks with Ricky for a while now. After a series of brainstorming sessions and casual meet-ups at his studio, we decided to get started on this one.”

The album has three songs, of which two are in Kannada and one in English. The music will be available on all downloading and streaming platforms.

Clearly, this social entrepreneur who also juggles as a fitness influencer on social media, has his vision set. “The album works on an optimistic ideal trying to spread joy, cheer and awareness amongst children since music heals, it educates and it undoubtedly leaves an indelible impression on young minds,” concludes the singer, who loves cooking, working out and travelling whenever he gets to indulge in some quality downtime.