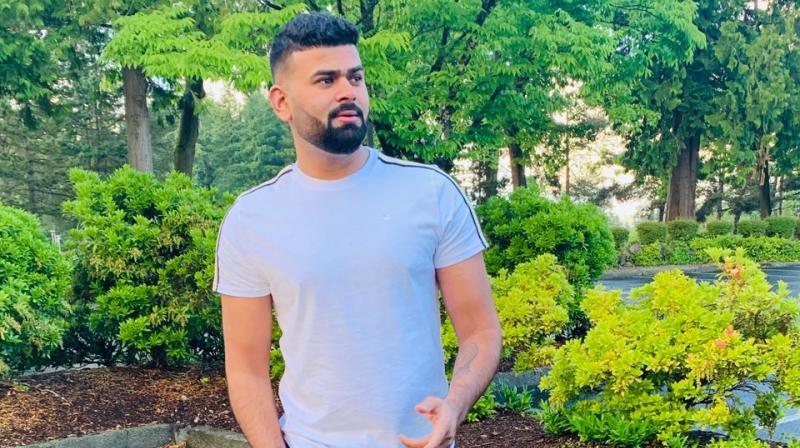 Punjabi film industry is known for the peppy music, and it always stand out in a big crowd or against any music. Where ever they perform, people love their music & dance and the way they present songs. There is no doubt that India's most beloved music worldwide is Punjabi. Many singers have made us proud by giving their voice in different countries like USA, UK, Canada & many other places.

Today we are going to talk about the young talent who is ready to make people groove with his voice and music a Punjabi gabru who is born in punjab " Harry Sangha" aka Hardeep Singh Punni.  He is a well-known personality in America and India; he got all the fame from YouTube; his channel is widely popular called "Hanjiii music".

Harry Sanga is pure Punjabi, and the way he presents songs is superb if anyone wants to start his/her career in singing can follow his footsteps, he knows how to perform songs in today's time. He has given many popular songs in the last decade or so, and all his songs are worldwide famous.

Harry Sangha wants to promote Punjabi music worldwide by using social media platforms youtube and all, and he wants to show people, and he also wants everyone to feel how energetic is Punjabi music.

He is mixing up his songs with technology by giving stunning visuals which we rarely see in Indian music, and he has already given a few highly animated songs, and it looks stunning. Now that's a real significant advantage for Harry Sangha himself because he knows what is trending in market as he has been in America, Sangha knows about technology with that he is a singer, and that's a considerable advantage to him. We feel he is going to come with many good songs, which will be with stunning visuals in songs.

Harry Sangha's youtube channel Hanjiii music has more than 26 lakhs viewers in one year time. Which shows their popularity and more than 1,82,000 subscribers now that's not a small list of followers, what it means they are making some good things which are loved worldwide.

Harry Sangha is coming with his new project called Chitta 2 with Nav Dolarain, who is a fabulous music artist. We hope Harry Sangha Punjabi gabru keeps growing with his production house and his incredible singing and make India Proud with their Punjabi music.