Badshah is still like my brother, says Indeep Bakshi

The hit singer talks about his deteriorating relationship with Badshah, doing work to satisfy his creative needs and future plans. 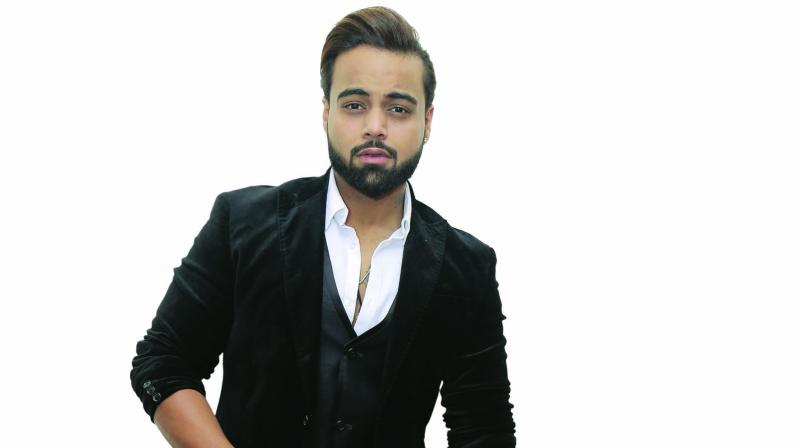 Singer Indeep Bakshi has experienced a bittersweet beginning to the year. The Saturday Saturday hitmaker who recently released his new song Burberry Checks from his album Karma and was basking in the pleasure of garnering more than 70 lakh hits on the YouTube video when a double whammy hit him.

First, he was ruthlessly trolled on social media for allegedly “stealing the song from Badshah” followed by a rumour that he had died in a car accident. And all this happened while he was in the US shooting for his next song.

Back in Delhi, his home, Indeep in a candid chat tells us, “I was thrilled with the reception that Burberry Checks received. I experimented with my music this time and I was glad that people liked it. It was even more special this time because I didn’t have the audience in mind (while writing the song) and simply wrote it to satiate my creative urge. I love R&B and I had written this song long back and one day I just recollected it. My party numbers are more popularly known worldwide, so it’s obvious that my new track has been drawing comparisons. But since this song was made for my own creative satisfaction and not for an out-and-out commercial purpose, I consider it a gift for myself in the New Year.”

But due to this track, Indeep was badly trolled. People close to Indeep suggested that the trollers were primarily musician Badshah’s fans and were maligning former’s reputation. “The rap part of Kala Chashma was written by me. I, then, went up to the music company and gave them all the proof that the song was mine and they gave me the due credit. I fought for it because it was my song. I challenge anyone who claims that I lifted Badshah’s song to prove it. It is amazing that an artiste never writes before his fans or puts out his work for public viewing before it is properly released and so, how come these trollers are suggesting that Badshah wrote this song? Main toh kisi ko nahi bolta ki yaar main yeh gaana likh raha hoon, dhyaan rakhna, koi chori kar le. These are fake fan pages and they are running sponsored ads on them,” he says.

But did he try to speak to Badshah regarding the whole episode, and how is his equation with him? Indeep says, “Badshah is like my brother. I will continue to respect him. But professionally, the relationship is almost over. He was recently blessed with a daughter and when I called him to wish him, he didn’t take my call.”

Besides all this, Indeep one day got frantic calls asking him what had happened to him. He soon realised that there were rumours that he has expired doing the rounds. “A video that was circulating was so well edited that even I was surprised. Even news channels picked it up. I had to tell everyone that I am very much alive. My shows started getting cancelled because apparently I was dead,” recalls the Bad Wali Feeling singer.

However, things have calmed down for the singer now, and he is once again focussing on work. “I will try to churn out a song every month and I will making inroads in Bollywood this year,” he signs off.