The resurgence of vinyl 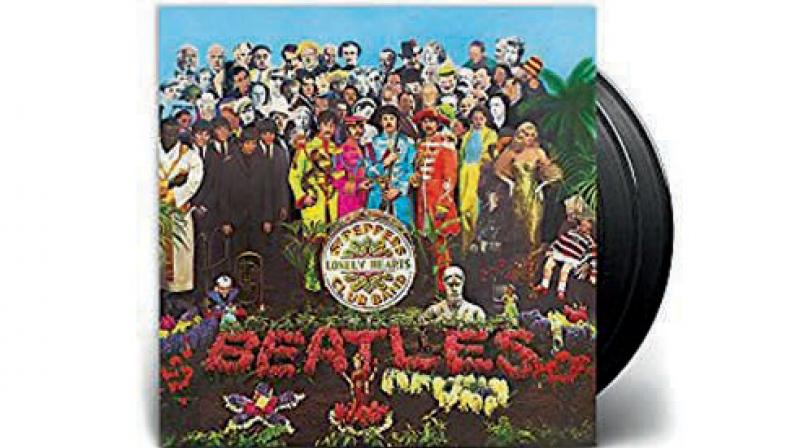 If you are a follower or consumer of media and entertainment, did you know that, at the moment, there is a record saga that is going on? Did you also know that it has nothing to do with “Game of Thrones”, season 7, or otherwise?

Something more surprising — and exciting —is happening in the music world. Regular music listeners are buying more and more vinyl albums [LPs], and not merely because they are fulfilling a return to childhood or nurturing an obsession of reclaiming any kind of void from the past. They appear to be buying LPs in order to listen to them, forcing record labels to release vinyl albums again. One of the major labels, Sony Music Entertainment, has just announced that it is restarting vinyl manufacture, some three decades after abandoning it, as resurging demand for the retro format has compelled it to do so. Freshly pressed records will be processed by March next year.

The Japanese conglomerate shut production in 1989, after producing 200 million units annually during the heydays of this physical format in the mid-’70s. The relevance of the manufacture in Japan gains further importance because the music market is the second largest in the world in terms of retail value — U.S. remains no.1 and, in comparison, India ranks a credible no.19 — with physical formats in Japan still accounting for 73 per cent of all sales as per the IFPI Global Report 2017. In comparison, the next largest market for physical sales is Germany, with 52 per ceent total retail value whereas, in India, the comparative figure stands at 11 per cent.

While record labels slammed the door on vinyl production in the late ’80s in favour of digitised music, initially sold on compact disc but, over the past several years, while CD sales have been largely overtaken by digital downloads and, since, streaming, vinyl sales have been inching upwards. Further, the upswing in DJs in clubs — check out Mumbai’s Door no.1 which has a dedicated day every week when only vinyl is spun – has a lot to do with the format making a comeback.

In support of this format’s popularity, there are a multitude of record players available in the Indian market — brands such as Ion, Denon, Numark, Marantz, Lenco, to name a few — with prices ranging from Rs 7,279 for a portable player to the sophisticated ones that run into several tens of thousands of rupees. Further, vinyl disc imports are also liberally available with an average price of Rs1,499. In fact, vinyl has become so popular that a concept of “Record Store Day” has become a global phenomenon, with India playing catch up this year, on April 22, with Mumbai, New Delhi, and Bangalore joining the “record” bandwagon, much thanks to Mumbai-based The Revolver Club, an outlet where you can buy everything from vinyls to turntables which, in conjunction with Sony DADC, celebrated India’s very first Record Store Day.

In Mumbai, the day-long celebrations were supported by a Bandra-based book store, appropriately called Title Waves, and pub Bonobo; by The Humming Tree in Bangalore; and The Piano Man Jazz Club in New Delhi. Besides expected live performances, there were individuals providing engrossing insights on their passion behind vinyl.

While digital delivered the one thing that the music business correctly thought the consumer wanted, namely, convenience, it did little to strengthen the connection between music and its fans. When you reduce the visuals to a thumbnail, it is not quite like holding a 12” LP. Vinyl, for me, has always offered a more intimate experience. The larger format feels more substantial and turns the design of the cover and the inserts into satisfying artworks in their own right. There is something wonderfully interactive about putting on a record, listening to one side, and then flipping it over to hear the other side.

It makes the listening experience something special, in which you are constantly physically and emotionally involved. It is social — you still have groups that have listening sessions of the like-minded gathering to listen to an album from its commencement to its conclusion, in the sequence in which the artiste wanted it to be heard in the first instance, but you really do not find group listening sessions for downloaded/streamed songs, do you? Vinyl definitely goes beyond just listening to music. If you have not tried it before, trust me, your listening life remains incomplete!