Nav Shah aka Navkity talks about his journey as songwritter, composer and singer

Channa Mereya song is the turning point of his life, and he got the confidence which was lacking in him. 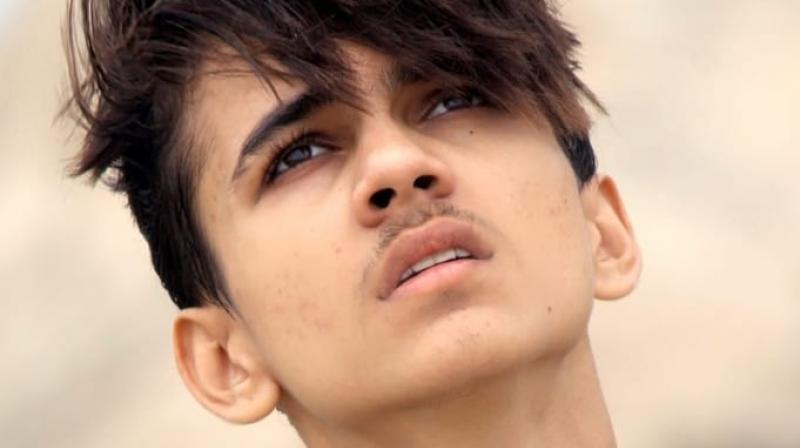 Nav Shah aka Navkity is a young talent who is famous on Instagram for singing, writing, and composing. His journey is terrific in Instagram he was not having 700 people who follow him and now he has more than 700k followers.

Nav Shah has seen many failures in his short journey; He always wants to do something new and exciting in his life where people can know him by his name.

He is mad about his music, writing and singing. Nav shah’s music love has ruined his education as he never got passed in any exam in school.

It was a horrible time for Nav shah; he felt no one would understand him what he wants from his life, and no one even believe he can write, sing, and compose a song on his own.  His own family was so upset with him.

But as we say God gives you strength if you believe yourself, It is the same case here, he recorded his first song which is a famous song “Channa Mereya”, and the response he got from that song on Instagram was just outstanding.

Channa Mereya song is the turning point of his life, and he got the confidence which was lacking in him. It is a perfect example for young singers you should believe in yourself use social media with significant effect if it works it is a bonus, and if didn’t work who cares life remain’s same.

Nav left his studies and focused on his singing, writing, and composing. It was difficult for him to convince his parents, but he was sure about his future, so he took on himself and left studies for love of music. He got depressed a few times because he lacked family support, but he managed himself and continue working on his dreams.

Nav shah came up with his song called “Mahi Ve” which he wrote in 10minutes time. Just imagine a talent he has, failure and success don’t count here; what we can see here is confidence and trusting his belief which helped him to finish a song in 10min like a Pro.

He got an excellent response in that song too, and that feeling was so good for him. He was so relieved and full of excitement to continue further to the next level. The journey of young talent began from there, and it was no looking back from there.

There are many songs that he has given the feel name as Mahive, meri manzil, naa jane q, man marziyan, ye jo safar and many more.

, now the only thing he will see in his life is success nothing else.