One for the soul! 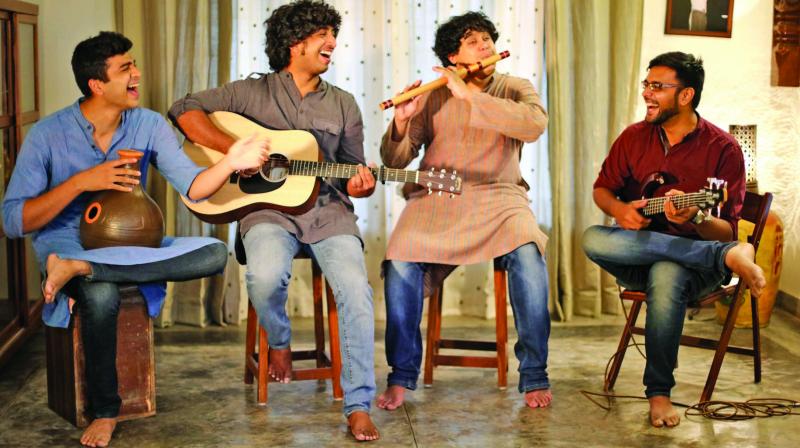 In recent years, Indie artists have managed to express their soul through their music which has been gaining momentum these days. Bands and artists are constantly in the loop of releasing new music. This is done with the hope of getting their work and message out into the world. And Bengaluru based band The Shubham Roy Collective who are in on the action and are all set to release a new song -- Kaise Kahu in the last week on January. We get the inside story...

The band first came together during the making of their first song - Aankhi which was released on MTV Roots. “Since then I have been collaborating with many artists from both Bengaluru and Shillong, finding the right elements and people for each song, “ starts Shubham Roy who is personally inspired by John Mayer, Beatles and lot more. Giving music a touch of individuality with a blend of quintessential Western genres, Shubham believes, “(Though) Folk tunes form the base of the band however we are a fusion band in essence and incorporate elements from Blues Jazz reggae and Indian Classical music.”

Their next - Kaise Kahu talks about the ever-changing nature of love. Shubham shares, “While libraries in music stores are filled with love stories and emotions that are experienced with the feeling of love, this song talks about how one can never explore every aspect of love.” The inspiration for the song comes from the visualisation of mysteries and multitude of emotions shared between elderly couples. Shubham explains, “This song is an attempt to talk about all that has not been said about old love. The song is a silent dialogue between an old couple.” The band plans to promote the song mostly using social media and music streaming platforms.

For a multilingual band as such, sticking together through thick and thin is essential. Speaking about what binds the band together Shubham says, “Love for music keeps us together and a typical jam session is focused on the needs of an upcoming gig where we are all trying to put our best foot forward to make each song sound even better.” The story behind every song they make has a purpose, he elaborates, “While we keep exploring different themes for our songs. Ones like  Cherrapunjeem talks about the rains in Meghalaya, Lori addresses the issue of female infanticide  and Wings of Fire is a praise to our late President APJ Abdul Kallam and Aankhi is a love song.”