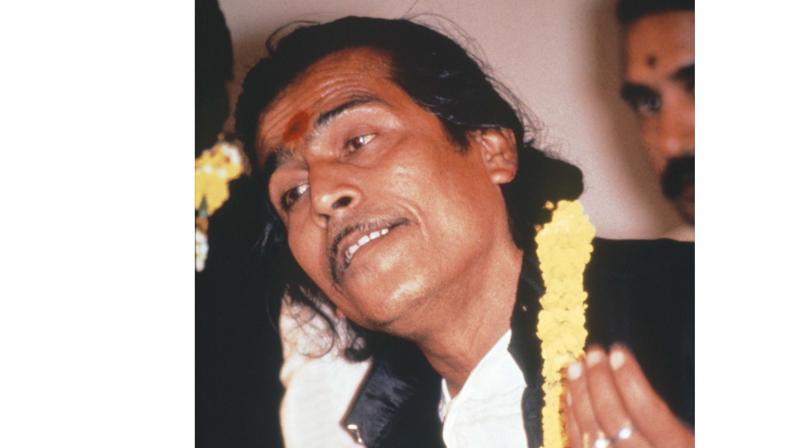 In the last 30 years, one man can be credited with reviving an interest in, and teaching the rare compositions of the Haveli sangeet tradition — late Pt Vidur Mallik of the Darbhanga dhrupad tradition. The more flamboyant Pt Jasraj has definitely sang several Haveli sangeet compositions over the years, but digging out rare pieces, researching, compiling them and teaching them on is undoubtedly the work of Pt Vidur Mallik.

Born in 1935 in Darbhanga, he spent the last 22 years of his life in Vrindavan, from 1980 onwards where he passed away in 2002. Apparently he had been invited to Vrindavan to revive the dying tradition of dhrupad for the Lord sung in the temples, by Swami Purushottam Maharaj of the Radha Raman temple in Vrindavan. Pt Vidur Mallik stayed there for a number of years, but finally made Vrindavan his permanent home and acquired a property near Govind Kunj where he took great pleasure in growing flowers and vegetables and living a simple ascetic scholarly life.

A prolific teacher, Pt Vidur Mallik taught several disciples, many of whom are well known dhrupad exponents, chief of them being Mumbai based Pt Sukhdev Chaturvedi, Mathura born but now Delhi based Pt Brij Bhushan Goswami, Padmashri Sharda Sinha, in addition of course to his three sons, Pt Ram Mallik, who lives in Darbhanga, Pt Anant Kumar who plays the pakhawaj in Vrindavan, and Pt Prem Mallik, who teaches in Allahabad. In addition, foreign disciples include German Peter Pannke, Italian Amelia Cunni and German Frederick Glorian, all of whom made dhrupad the enduring passion of their lives and propagated it all over Europe. Dhrupad is the oldest extant style of vocal and instrumental music of North Indian classical music, as well as Carnatic music. It was originally practiced in 4 styles – Nauhari, Gaurahari, Khandari and Dagari; the Malliks style apparently is a mixture of Gaurahar “bani” (style) and Khandar “bani”, a full throated virile style.

Their gharana is also known for its exquisite thumri compositions.

To mark his birth anniversary, his grandsons, singing duo Prashant and Nishant Mallik have been holding memorial concerts in his name for the last 10 years or so.

The concert this year at the Habitat Centre in Delhi on 14th August will feature a khayal recital by Naresh Malhotra of the Indore gharana, disciple of Padmashri Pt Tejpal Singh of the Singh Bandhu duo, Salil Bhatt on his Indianised guitar (the satvik veena). Salil is the son of Padma Bhushan Pt Vishwamohan Bhatt. The concluding item is finally by Pt Prem Kumar Mallik.

In the words of Prashant Mallik “it is difficult for me to verbalise the impact my grandfather had and still has on us. I am not saying this because he is my Guru and grandfather, but because the impact he had on a generation of dhrupad exponents and listeners is enormous. His body of work in promoting dhrupad is unmatched. The sheer volume of his compositions, in unusual Ragas inspires us even today.

I remember when I used to stay with him in Vrindavan as a small boy, he taught us all so openly. Not just us, his grand children, but also children of poorer families who had no link with music at all. I remember children of families who used to stitch clothes to adorn the “murtis” of Radha Krishna for a living, who were taught whole heartedly by my grandfather today are established dhrupad singers with AIR, Doordarshan, have jobs teaching  music…. it’s really a revelation. A great Guru can really change your life. I recall in his last days, ill in Allahabad, I used to stay the nights with him in hospital. It was a bit scary staying alone at night in the hospital, but I really didn’t want to leave him, I had a huge link with him.”

Explaining how his family has been trying to follow in Pt Vidur Mallik’s footsteps in spreading dhrupad, Prashant said “We opened the Pt Vidur Mallik Dhrupad Academy in Allahabad to teach dhrupad to students who had no connection with music.

We have also tried to provide a platform to dhrupad exponents and started in 2013 with the inaugural 3 days festival in Darbhanga, where my grandfather was born. We invited “maharathis” (doyens) like Pt Ram Aashish Pathak on pakhawaj, Pt Abhay Narayan Mallik, the Gundechas, Pt Phalguni Pathak, Pt Ravi Shankar Upadhyay, literally the top names in dhrupad today. We now hold festivals in Delhi too, where we invite artists of other classical styles too, not just dhrupad.”

Prashant continued “Like Pt Vidur Mallik did, we are trying in our way to popularise dhrupad in places where it’s not been heard before; for the last four years we have been holding a dhrupad festival in Dehradun, where no one had even heard what dhrupad was.

In the last three years, we have created an audience there and people, even youngsters, now ask us when the next festival will be! I believe dhrupad, which is the mother of all other music forms has an inherent attractiveness, initially one just needs the patience to hear it, and it then grows on you.

Over the years we have invited everyone possible from the world of dhrupad – including Ustad Wasifuddin Dagar, Ustad Bahauddin Dagar, Pt Ritvik Sanyal, Pt Pushpraj Koshti, Pt Dal Chand Sharma. We are careful to also provide a platform to youngsters, as without an audience no artist can survive.”

The concert on August 14th at the Habitat Centre will commence at 7 pm.