Divine’s ‘rap to riches’ story has fans in not just India’s youth, but B’wood biggies too. 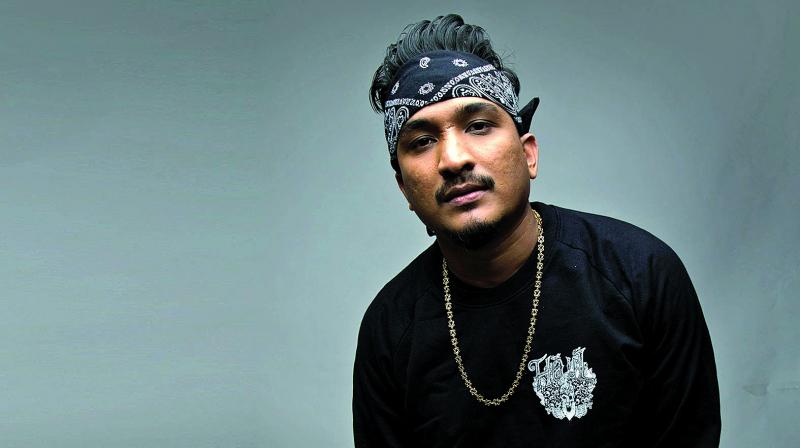 The easiest — and perhaps, most foolproof — way to be irreplaceable is by being original. And by the looks of it, this is one mantra that award-winning rapper Vivian Fernandes, aka Divine, swears by.

The Mumbai-based rapper’s journey, which has spanned seven years so far, comprises of mainstream success, viral tracks with B-town celebrities swearing by them, as well as international recognition. Divine’s story is something that strikes a chord with anyone who harbours a big dream and is willing to go an extra mile.

The rapper rose to stardom with a collaborative track with another Mumbai rapper, Naezy, called Mere Gully Main. His solo single Jungli Sher gained him a massive fan following across the country.

The lad plunged into rapping in the year 2011, with dreams in his eyes. And before he knew it, millions of youngsters in India were giving him a listen.

His ‘rap to riches’ story has been an interesting one. While Divine started off rapping English, it didn’t take him long to take a desi detour and switch to Hindi. In the midst of preparations for his upcoming national tour, Vivian opines, “It has been an interesting journey from the days when Indian hip-hop was underground, to now, where it is starting to become nationally known. However, we still have far to go.”

Quite the hit online, Divine seems to have cracked the code of getting it right with Gen Y today. He clearly loves social media, and knows how to use it intelligently. But he also knows that at the end of the day, an artiste must work hard and let your music do the talking. “For upcoming artistes, my message is to keep hustling and putting out new music,” he asserts. “The Internet is a level playing field. So use it well.”

Only recently, the rapper put out a collaborative song with Indian-American rapper, singer and songwriter, Raja Kumari. They released a track called City Slums, which crossed a whopping two million views on YouTube, within the first 24 hours of its release. He also gained recognition in Bollywood, with his track Paintra in Mukkabaaz releasing in December.

And while he’s dabbling in multiple spheres, Vivian tours India extensively. And he believes there’s a great scope for growth and experimentation, when it comes to music, in the country today. “Metropolitan cities have a very diverse music scene, especially when it comes to live music,” he says. “I love how youngsters in bigger cities are appreciative of music across genres. That receptiveness gives a great deal of freedom to an artiste.”

Despite his entry into Bollywood and other projects, Divine is far from done. There’s more coming up for the rapper. “I have a lot of music coming out this year, including my first EP. It’s been a long time coming, and I can’t wait to share it with my fans, and everyone else,” he signs off.