Why Dylan deserves the Nobel Prize

Bob Dylan is undoubtedly one of the greatest poets of our generation. 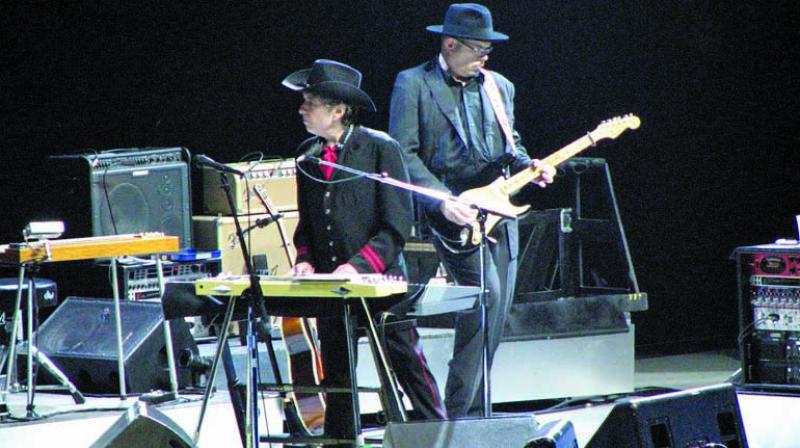 While December 10 is a red letter day in several parts of the world, the date is even more important for Nobel laureates who take centre stage in Stockholm when they receive the Nobel Medal, Nobel Diploma, and a document confirming the Nobel Prize amount from King Carl XVI Gustaf of Sweden.

An important part of the ceremonies is the presentation of the Nobel Lectures by the Nobel laureates but, alas, this year’s winner for Literature, music icon Bob Dylan, will provide it a miss. Among the reasons given by past laureates for failing to accept the award include being gravely ill to being a Soviet dissident too terrified to leave home because he might not be allowed to return (Aleksandr Solzhenitsyn, 1970). But, for Bob Dylan, it is “pre-existing commitments” although, truth be told, he is not even performing on that date!

In October, when the Swedish Academy that awards the literature Nobel Prize proudly announced that songwriter Bob Dylan would be the 2016 laureate “for having created new poetic expressions within the great American song tradition”,  it dismayed traditionalists who believed that the prize should go only to people who practice literature in the form of books, poems, or plays. Nevertheless, for me, Dylan being awarded the Nobel Prize for literature merely validates what his fans and followers always knew: Bob Dylan is undoubtedly one of the greatest poets of our generation. And, then, Dylan has always been a non-conformist and, indeed, I was a little surprised when he briefly identified himself as the Nobel winner on his website but then, equally quickly, he deleted its reference. Performing in Las Vegas on the day of the announcement, Dylan avoided mentioning the prize, leading to Per Wastberg, chairman of the Nobel Literature Committee, calling Dylan’s failure to acknowledge this historic moment as “impolite and arrogant”.

But those that have followed Bob Dylan’s fame and fortune know that he does things on his own time and he does it his own way. I learnt it for the better on April 15, 2011, when I flew to Singapore to attend the ‘Timbre Rock & Roots’ 2011 festival, which was being headlined by Bob Dylan. Right at the targeted time of 9.30pm, Dylan arrived on stage wearing an off white coloured hat, a black suit with a white strip running down on the outer side of his pants, and his otherwise nasal voice having given way to a hoarse one as he opened with the rocking Gonna Change My Way Of Thinking from Slow Train Coming. Then, Dylan did the expectedly unexpected, instead of continuing to perform with the instrument on which he composed most of his greatest hits, Dylan switched from playing guitar to playing keyboards which was, surprisingly, his staple instrument throughout most of the evening! As Dylan ran through songs like Tangled Up In Blue and Tweedle Dee & Tweedle Dum, the best moments were reserved for the classic Highway 61 Revisited and A Hard Rain’s a-Gonna Fall although, as is Dylan’s wont, each track was comprehensively rearranged, often beyond recognition. After an hour, 15 minutes and 12 songs later, Dylan vanished from the stage with his band, only to return for an encore five minutes later for the sing along of Like A Rolling Stone and the mid-tempo Forever Young, an apt ending for an artiste whose songs can be best described as such.

With that, the legend was gone but, even so, I had witnessed a legendary rocker who was certainly past his prime as a live performer, and with so many classic songs missing from his set list no doubt a disappointment but, at the age of almost 70 then, Bob Dylan could certainly take chances, even though seeing him perform live was never a gamble for me.

Though Dylan’s talent as a songwriter remains intact; for instance, check out 2012’s Tempest, his 35th studio album wherein Dylan wrote all of the songs himself, with the exception of the track Duquesne Whistle, which he co-wrote with Robert Hunter. Nevertheless, Dylan took a complete tangent when he recorded his next two albums: Shadows In The Night (2015) and Fallen Angels earlier this year, which had Dylan cover songs that were recorded by another legend, crooner Frank Sinatra. This only goes to show that, having achieved whatever he had set out to (and beyond), Bob Dylan is now leading his life precisely as he deems fit even if it is without a Nobel intent!