The concert ended on an emotional note as she, while fighting back tears, performed 'Somewhere Over the Rainbow'. 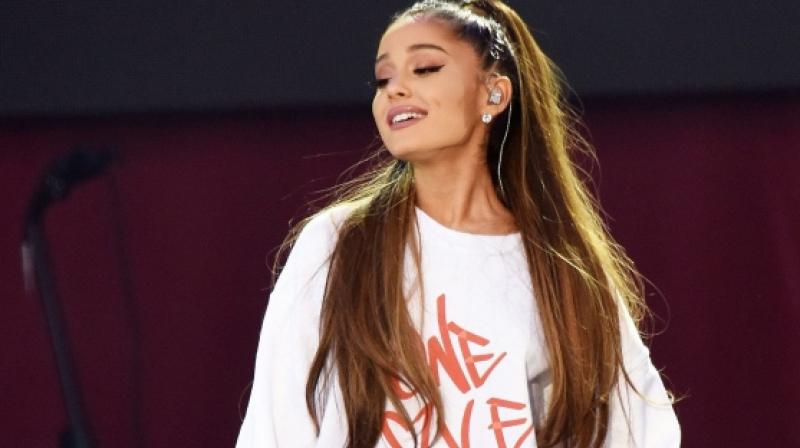 Washington D.C.: Ariana Grande's One Love Manchester concert- held almost two weeks after a terrorist attack outside her concert killed 22 and injured over 100 people- ended on an emotional note as the 23-year-old, while fighting back tears, performed 'Somewhere Over the Rainbow'.

At the Manchester Benefit Concert, the 'Side to Side' singer, who opened her performance with her hit song 'Be Alright,' followed by 'Break Free', also recalled meeting the mother of victim Olivia Campbell, 15, who died in the deadly explosion.

"As soon as I met her I started crying and I gave her a big hug and she said I should stop crying because Olivia would have wanted me to stop crying," she said as she fought back tears.

"And she said Olivia would have wanted to hear the hits," she said as reported by E! Online.

Grande also said that meeting Campbell's mother made her change the set list at the last minute to include more of her chart-topping songs. "She said Olivia would have wanted to hear the hits."

During the star-studded concert, Grande was joined by Marcus Mumford, Miley Cyrus, Justin Bieber, Katy Perry, the Black Eyed Peas, Chris Martin, Oasis, Pharrell, Little Mix and others to celebrate and honor the 22 victims of the bombing that occurred after Grande's concert on May 22.

The proceeds from One Love Manchester go to the Red Cross' Manchester Emergency Fund, which has been set up to help victims of the attack and their families.