When life gives you lemons

Harrdy goes candid about the turn of events that made him a musician and his latest song Yaar Superstar. 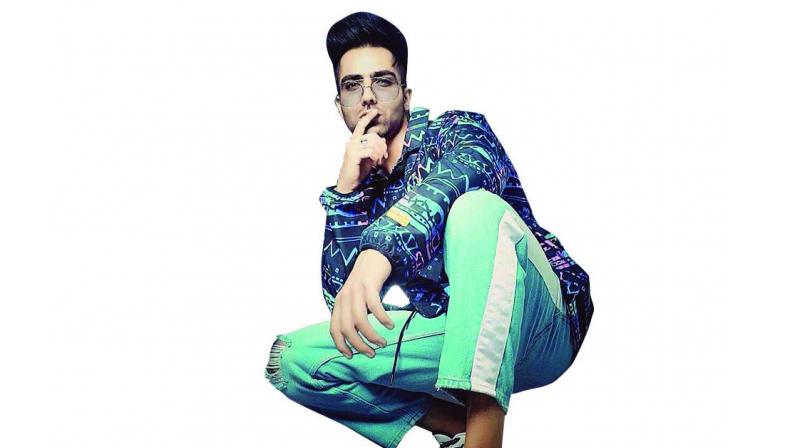 What happens when you are all set to become a cricketer and a tragic turn of events change everything? Everything you dreamt of just flew in dust. This is exactly what happened to popular singer Harrdy Sandhu alias Hardevinder Singh Sandhu.

His new song Yaarr Superstaar that portrays the journey of three friends through their college years to their work life, featuring actors Varun Sharma and Manjot Singh, has hit the charts with 22 million views on youtube.

“When I was working on the song, I knew who I wanted in the video. Varun and I go back a long way and have gone through a similar journey of ups and downs. And this video would not have been complete without Manjot,” he says.

The video, he says, is dedicated to “all my friends who I have had the best of times with. I will do anything to get those days back. They are all my Yaar Superstars!  I also want my listeners to think of their friends during college and share this song with them.”

It was during 1996 Cricket World Cup, when he started playing cricket at the age of eight. “Cricket was my passion and I wanted to be a cricketer”, says Harrdy, who was all set to become a cricketer. He also played first class games as a fast bowler. Alas! An injury plagued his career and shattered his dreams.

Luckily he was also into music, although he started singing just for fun and a hobby. He recalls, “I was four years old when I first sang on stage. After that, if there was any function in the house my family ensured I went and sang.” It wasn’t until 2010 when he started to take music lessons.

He calls music his second passion and says that the experience of both cricket and life have taught him a lot.

“I never felt the need to ensure a balance. God took care of the balancing part. First he made me play cricket; then I had to leave it after ten years and then there was no other option,” he remembers.

He says that life taught him many lessons. While he had to leave cricket, music too was not a bed of roses. While his first couple of songs like Tequilla Shot and Soch which were well received, he soon faced the flak for a monotonous style. This backlash affected him so much that he couldn't sing for 10 months.

“The first one was when cricket ended for me. I couldn't see what to do next”, he says, adding even after music came into his life, “I couldn’t sing for ten months.”

He however believes that whatever happens, it happens for the best.

Sharing his mantra to snap out of low phase, he says, “No one would do it for you but you would have to do it for yourself. I also told myself that I had to do it for myself.” He feels, for an artist it becomes very difficult to reinvent oneself and break the monotony as there is always a doubt, whether the audience will accept it or not.

In terms of the audience feedback, he says, reactions not just only matters but plays a key role in shaping one’s career. With the advent of YouTube he says, “I used to calculate whether a song was a hit or not on Youtube (by looking at the number of views).” The other way to find out if people like the music, he says, is to observe if they sing-along with the artist during a live show.

Earlier he would get very disturbed by even one negative comment, but soon realised that it is part of the game. “Gradually, I got to know there were few people who would deliberately do all this. As I became more mature, I realised every person has his or her own taste in music and they simply might not have liked my song,” he explains.

He concludes by saying, “if you can imagine what you want to do, then that will surely happen.”