Richard X Bennett is a Jazz and Raga artist who is constantly learning new things from the musicians he meets. 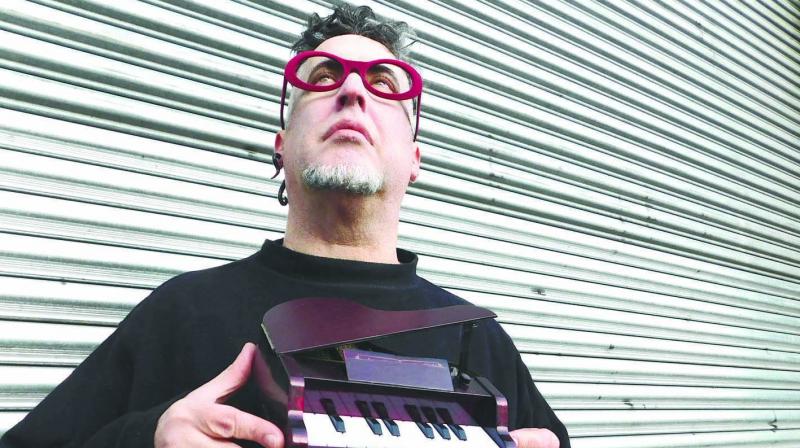 The name Richard X Bennett is no stranger in the Jazz world. Richard will be heading to Bengaluru after finishing up with concerts in Mumbai, Pune, Jaipur and Kolkata. Coming out with a number of raga-based records for Indian labels, Richard will join hands with Italian musician Gianluca Liberatore and musician Saurav Ghosh to play at an event in Bengaluru on February 8 and 9.

Richard believes that his life started when he moved to Brooklyn. “My main teachers were the musicians I worked with. I still learn new things from the new musicians I meet,” says Richard. Like every other talented artist and musician that we have seen in the past years, Richard too found his interest in music at a very young age. Richard adds, “I first climbed up on the piano bench at the age of two. I didn’t really apply myself until the age of 13. The music that I do envelopes a variety of genres. In concert, I mainly play raga based music. In clubs where people drink, the vibe is groove jazz with an emphasis on joy.”

This New Yorker takes inspiration for his work from everyday life itself. “Apart from life, I draw inspiration from modern art as well. I think you have got to figure out your own path and sui generis (of its own kind),” he opines. Richard plays with a number of other groups and musicians. He shares, “In the jazz world, I’m exclusively leading my own groups. In raga, I have two collaborations. The first is with sitarist Indro Roy Chowdhury. We just did a concert in Kolkata and have an album release planned for Autumn. The second project is a two piano/four hands presentation with Utsav Lal. We have a concert at the Rubin Museum in New York city in March as well as a performance on the 100th floor of the Empire State building.”

On what we as audience can expect, he says, “They can expect an excellent time, for their troubles to vanish and their inhibitions to disappear. We will be energetic, joyful and eccentrically dressed. There will also be a ritual destruction of my melodica on Saturday night. Playing with Gianluca and Saurav have been uniformly wonderful.” Playing mostly his own compositions, on what’s next on the agenda for him, Richard adds, “I will go back to New York City and then will write a new composition for 14 musicians based on Chinese calligraphy. It’s going to be called “Chengyu”. I toured China for a month playing jazz before this India stay.” On what he does when he is not busy busy with work, “I bake and read. And it mostly chocolate bundt cake and Chinese literature,” he concludes.