Getting candid with AR Rahman

The music maestro credits his success to the women in his life over a chata. 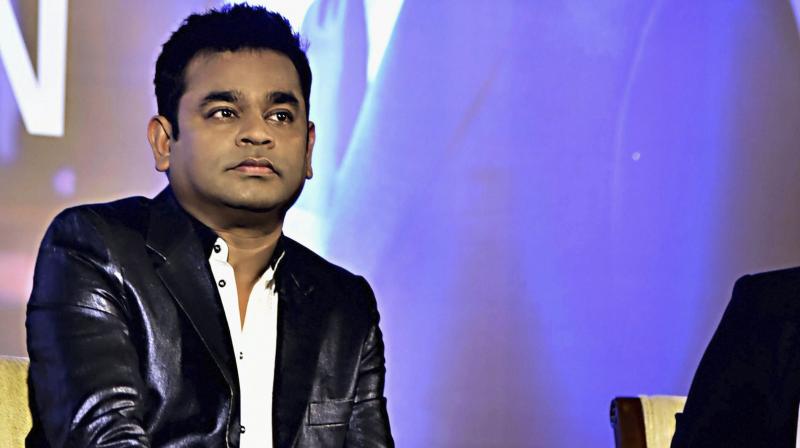 My mother, wife, daughters and sisters have been my support system- emotionally and spiritually, and they are my best friends as well”, remarks the ‘Mozart of Madras’ on friendship and motivation, referring to his recent number Singappenney from his upcoming Vijay starrer Bigil, a film on women footballers. “My journey so far has been amazing with them and am inspired by them. And undoubtedly they are the ‘Singappens’ in my life”.

The Oscar winner, who is gearing up for a live performance in the city next week after a long gap, says that Chennai has always been special for him. “Though I have traveled all over the globe for my concerts, I get a distinct energy when I perform in Chennai. The people are warm, their love and affection takes me to a different level and heightens my confidence.”

Rahman had addressed all friends and music lovers on his social media handle to send new lyrics for the ‘re-created version’ Urvasi song’ to be performed on stage and he says the responses have been amazing. “Take It Easy Urvasi belongs to its fans. So we wanted them to be a part of its new update for the Chennai concert. We got some really funny tweets last time, when I did it for ‘MTV Unplugged’ and wanted it to be updated to today’s sensibilities and life.”

The multiple national award winner admits that he does not advise his son Ameen Rahman,who has also forayed into music, anymore. “I want him to learn from his experiences. He is learning a lot from Google. What you do is what you get back. If you do good, it will reward you. Bad will come back to you (smiles).”

You said ‘I would love to see our industry become cleaner and respectful of women. More power to all the victims coming forward,’ when #MeToo movement started a year ago. We ask him what has changed since. Have the women been empowered?

“With all the instant social media judging, shaming and so much pressure, in a way, positive change is becoming a reality”, he responds. “Time heals us, teaches the right lesson, makes us wiser, stronger and more honest and every one should be given a second chance if they repent and realize their mistakes, especially when their goodness and talent is greater than their bad.”

On his 99 Songs film where, besides producing it, he has also doubled up as a writer, he says, “99 Songs is a new attempt in main stream cinema. It has all new faces, new director and the budget is three times bigger than the average films. So, I am more careful and taking more time to perfect it.”

Rahman hopes for a museum for legends from Tamil cinema like MS Viswanathan, Vaali, TM Soundarrajan and other musical icons to be constructed in Chennai. “There is an effort that’s being made in Bengaluru for their musicians. Similarly, this can be an idea to start one here, and it can materialize if we get government support.”