The entire selection process is documented and the choices are made by unanimity. Apparently, this year’s selection of 77 awardees took only a day! 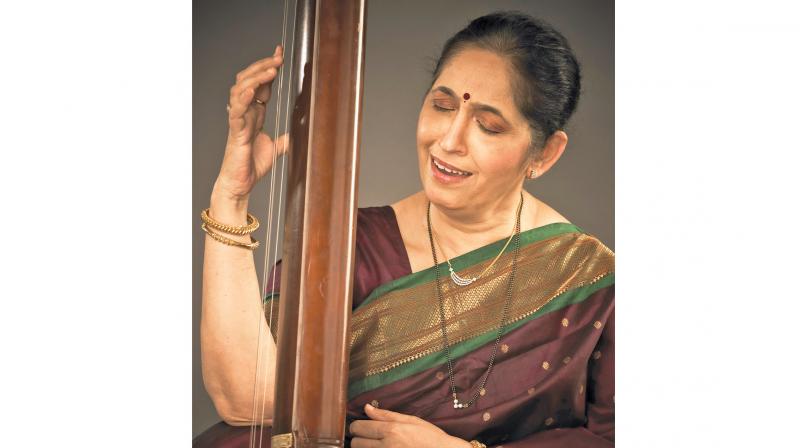 Since 1952, the Sangeet Natak Akademi has been honouring four Hindustani classical and four Carnatic classical musicians annually, with the Akademi award, in addition to other awards they give in other genres.

The awardees are supposed to be leading specialists in their line, chosen not just for their popularity as artists, but also for their erudition, contributions in their chosen fields, and overall stature. 2016’s Hindustani music awardees announced recently are Padma Talwalkar, Prabhakar Karekar for vocal, veteran tabla exponent Arvind Mulgaonkar and relatively young violionist, Grammy-nominated Kala Ramnath (Shekhar Sen, Chairman, SNA, justified her unanimous inclusion despite her young age, as no award had been given to a violinist for more than 10 years by the SNA, and she is  an extraordinary exponent).

Padma Talwalkar, senior vocalist in the Jaipur Attrauli tradition, said: “Despite singing for 60 years, I still feel I am just starting to sing; I feel I still need to start from ‘sa’, the first note. I am still understanding the depth of our music. Learning our music requires the training of several lifetimes, not just one. Though I am still learning, I am very appreciative of receiving this award from our government.”

Over the years, a lot of controversy has been generated about artist selections — sadly, there is no written criteria for selection leaving the selection process purely on the choices of the committee. Ustad Shujaat Khan suggests several criteria could be spelt out, like in the case of the Grammy awards. He lamented that the awards have lost their sheen somewhat with diminishing credibility of the process.

An age restriction of over 35 years and the fact that the awardees should have “made a significant and lasting contribution on a sustained basis over a period of time” has led to the complaint that the SNA awardees are always very old, and the awards are given way too late to matter in any way!

Abir Hussain spoke of his music-loving parents who  took him to his Guru Pt Budhadev Dasgupta, who Abir said “taught me without charge, and brought me to his home to teach in Kolkata. Those years were the most important years of my life when he taught me the rare bandishes preserved by our Dada Guru” (Pt Radhika Mohan Maitra). Abir added: “This award is my first one, and I dedicate it to my gurus, Pt Budhadev Dasgupta, Pt Ajoy Chakravorty and to my parents — without their blessings, I am nothing”.  A commonly-held criticism is that the Yuva awardees are generally not much known — Shekhar Sen justified this by emphasising the awards are given for merit, not necessarily to endorse a popular artist.

Innovations in the process of nomination continue to be made — as of two years ago, any artist can nominate himself, every earlier SNA awardee or fellow can recommend an artist, all the experts in the states can nominate artists. Earlier nominations who were not awarded are again reconsidered in the next year. As such, the list of nominees is huge (more than 900).

In addition, the composition of the committee has been expanded to include several different types of appropriate individuals. First, there is the 21-member General Council headed by the chairman (Shekar Sen is himself an artist of exceptional caliber) assisted by another artist, Aruna Sairam, a senior Carnatic vocalist, thus evenly balancing not only the North-South perspective, the viewpoint of artists, but also the male/female points of view. The other board members include doyens in the music world such as Pt Shiv Kumar Sharma, Vidwan Karaikudi Mani, Dr Yella Venkateshwara Rao, Dr Bombay Jayashri, Malvikka Sarrukai, and Pt Ajoy Chakravorty. Thus, in no way can accusations be made that unworthy, non- artists are choosing the awardees.

In addition, all states and union territories nominate one expert to represent the interests of the artists of their state. The Central government also nominates six eminent people, of whom there are currently eminent vocalist Ustad Wasifuddin Dagar, noted Kathak dancer Shrimati Kamalini, vocalist Kalapini Komkali, in addition to film personalities Deepak Karanjikar and MRV Prasad.

Another welcome change is that the entire selection process is documented and the choices are made by unanimity. Apparently, this year’s selection of 77 awardee took only a day! No member is allowed to criticise a potential awardee.

Yet, there is a persistent litany of complaints that the awardees are chosen on unworthy grounds. This is perhaps inevitable. Shekhar Sen said: “Those who did not get the award will be unhappy, those who got it, who are clearly in a minority, will be happy”. He added: “The process of selecting a fellow artist is the most difficult thing in the world”.