The Mahindra Blues Festival will be the first time Sugaray Rayford will be coming to Mumbai and he is excited for what awaits. 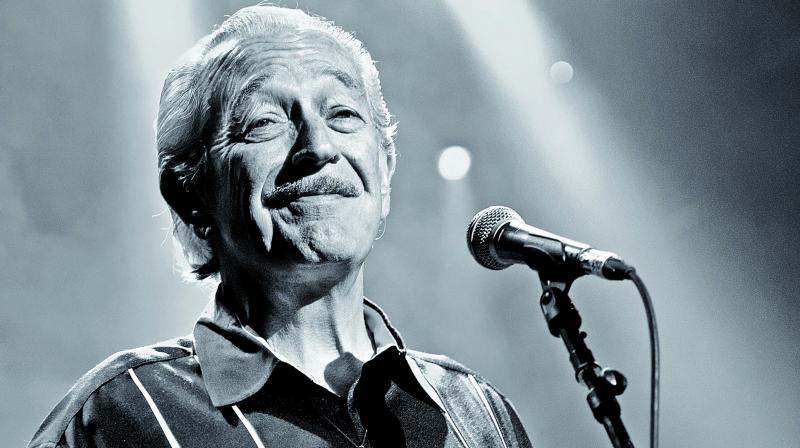 Asia’s biggest Blues Festival that takes place in Mumbai every year is studded with bigwigs such as Beth Hart, Charlie Musselwhite and Sugaray Rayford this year.

“I think every culture has its own music of lament. No matter where on earth you go you can hear somebody singing about “my baby left me,” jests the famous blues legend Charlie Musslewhite, who will be in the city this month for Asia’s largest Blues gathering — The Mahindra Blues Festival that will take place on February 9 and 10.      Every February, the iconic Mehboob studio in Bandra plays host to the largest Blues congregation in the city and has come to be recognised as the maximum city’s most prized musical event, drawing fans from all over the country. It is a place for pure, unadulterated Blues tunes, as Charlie profoundly elucidates, “No watered-down Blues for me.” The seventy-five year old musician, often referred to as the ‘White Blues Man’ came into prominence in the 1960s in this African-American dominated genre of music. He has been touring, performing and recording for fifty years non-stop, has won around 35 Blues Music Awards and took home his first Grammy win in 2015 for his collaboration with Ben Harper on Get Up! “My health is excellent so why not keep going with what I love,” he remarks.

The ninth edition of the festival this year, is studded with heavy hitters like Beth Hart, Charlie Musselwhite, Sugaray Rayford, and Brandon Santini along with the Arinjoy Trio, who were the winners of last years Blues Band hunt.  The excitement is inadvertently high as ‘the ultimate female rock star’ Beth Hart will be playing live for an Indian audience. The Grammy-nominated singer-songwriter has a career spanning more than two decades in the Blues industry and here recent album, Fire On The Floor in 2016 was a smashing hit. The feisty musician is unabashed both on and off the stage. She attributes her electrifying performances to eating right, swimming and going to the gym regularly, she says, “I also try to hardly smoke and the only reason I haven't quit yet is because every time I have, I end up in psyche ward, so I'm scared,” she jokes. Though brushing the jokes aside, it is really the audiences that control the intensity of Beth’s performances. Her energy levels are directly proportional to the audiences’ enthusiasm, “So sometimes if I’m playing for an audience that is more quiet, I immediately assume it sucks so I lose my energy. But if I’m playing for an audience that’s really involved and loud, then I feel even more energy. It’s not very professional, but I’m just being honest,” she quips.

The Mahindra Blues Festival will be the first time Sugaray Rayford will be coming to Mumbai and he is excited for what awaits. “I have never been to Mumbai and I am very excited to take in the local people and culture. I want to see what you think is important to your city,” he comments.   The American Electric Blues singer and songwriter, has recently marked a big hit with his fourth album The World That We Live In that might be his most intimate project yet.  His church-honed vocals are heavy with gospel influences. But he says he is not a religious person, but a spiritual being. “I grew up in the church and gospel is a part of who I am. Today I am not religious person but I am spiritual. I believe in karma and what you put out you get back.”

The line up of international legends also includes Brandon Santini, who will be gracing us with his modern colorful style at the festival.  With this power packed line up, the ninth edition is sure to scale a notch higher, leaving all the Blues fans with a weekend that will last them a lifetime.