Be it large-scale concerts or localised fan conventions, Hallyu or the Korean culture wave is gripping the city slowly but steadily. 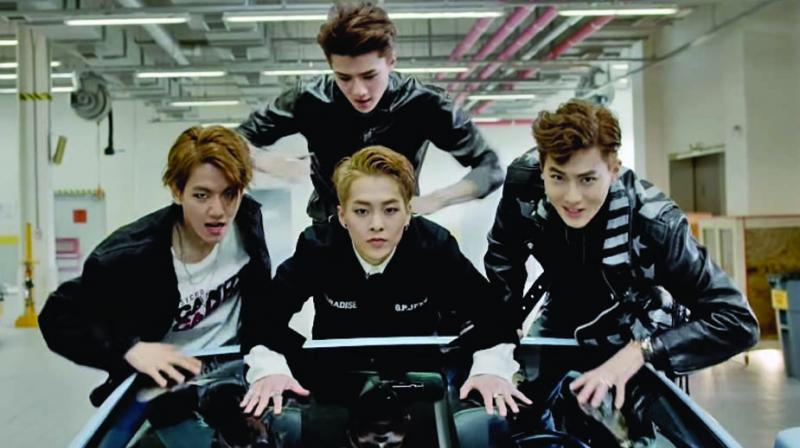 Had you entered the Talkatora Stadium in Delhi on the evening of the 28th of July, you would have thought that you have accidentally entered a young, bubbling and glimmering part of South Korea. With hundreds of Delhi-ites swaying and humming to catchy K-pop tunes as around 3,475 young participants from Delhi and other parts of the country competed to be crowned the best K-pop performers of India, the K-pop India Contest was a major hit among youngsters in the city. This isn’t, however, Delhi’s first brush with this South Korean genre of music that is well known for its stunning audiovisual elements.

While South Korean artists Psy’s 2012 hit, Gangnam Style, can still be heard on some party playlists in Delhi, many K-pop artists have also performed in the capital city. South Korean six-member boy band In2It performed in Delhi for the first time in April this year and then returned for a performance with solo K-pop performer AleXa at the 2019 K-pop India contest finale. The latest addition to the list of K-pop performers in India was another major K-pop band KARD, as they put Delhi on their “Play your KARD right” tour map last month. “Witnessing KARD live was an amazing experience as it shattered their mystical, untouchable aura and made them seem like humans who are made of flesh and blood, just like us,” comments Nayanika Mukherjee, an avid K-pop listener who recently attended KARD’s performance in the city.

Nayanika further explains, “One of the best parts of being a K-pop fan is receiving the impeccable fan service that they provide, other than the obvious effort and rigour they put into their artistry.” Many K-pop artists performing in India have performed their renditions of Bollywood songs like Tujh Mein Rabb Dikhta Hai and Bole Chudiyan’ to create a strong connect with their fans. When K-pop boy band, VAV, made their India debut in May 2019 with a show in Delhi, they also went on to organise an elaborate meet and greet event for their Indian fans, something that many foreign artists like Ed Sheeran, Justin Bieber and Coldplay have avoided during their Indian stints.

The epicentre for the rising K-pop fandom in Delhi might be a result of K-pop’s popularity in the north-eastern parts of the country. As the north-eastern fans of the genre find a way to express themselves better by emulating the moves, style and appearance of their K-pop idols, the foothold of the Hallyu wave finds a tighter grip on the Capital city.

“I found out about K-pop in 2015 while browsing through Youtube dance accounts. The more I watched their dance styles, the more I got attracted to their stunning costumes and well-synchronised dance moves,” raves 23-year old Sushil Chhetri who is the lead dancer of Lokalz Crew, one of the best-known K-pop dance groups in Delhi. “The choreography and production of these bands are what stands out the most for me. NCT127 is one of my favourite K-pop bands because of their unique style and commendable professionalism,” raves Chhetri on being asked what separates K-pop boy bands from other pop boy bands. Chhetri’s crew even went on to win the 2019 K-pop India contest, beating the 1952 other teams taking part in the competition.