Taylor Swift dropped a hint about her upcoming album in a newly released song ME. 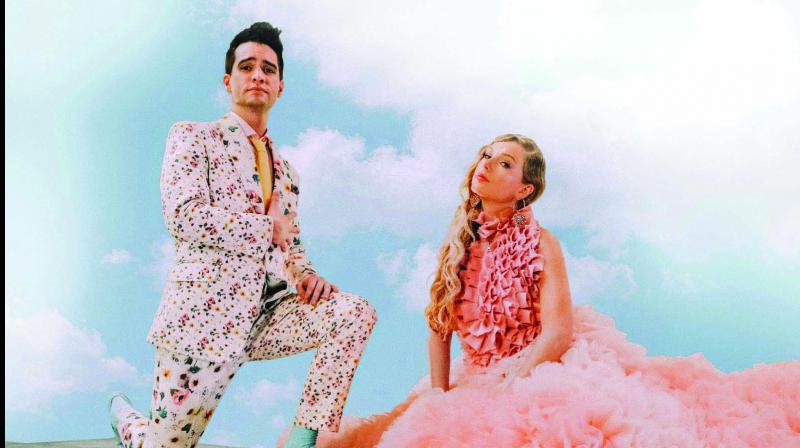 With the release of her new single, ME!, on the 26th of April, Taylor Swift has grabbed headlines in entertainment worldwide once again. Her one tweet hinting that the title of the album was hidden in the music video of ME! was enough to whip her 83.3 million followers into a frenzied easter egg hunt for the elusive name. Effectively utilising her social media, Swift has made a move that in marketing insights is a brilliant, cost effective way to promote a product. With merely a single tweet, she gained massive public interest and media coverage into her new album, coverage that lesser known artists could pay through the nose and still not afford.

Closer to home, the market is dominated by the behemoth that is Bollywood, with platforms available for independent creators like YouTube being overshadowed by the presence of corporate entities like T Series. Artistes often self release EPs rather than sign record deals for full length albums, sometimes due to financial constraints. Perfect Strangers, a Bengaluru based band and winners of the prestigious Hornbill International Rock Contest, released their album A Strange Connection last year. “It’s certainly difficult for bands to take the financial risk of releasing an album. In fact we ran a crowdfunding campaign for our album on Fuel A Dream, and raised around `8 lakhs. After that it was a breeze, because it was what the people wanted” says Debjeet Basu, the lead guitarist of the band.

Artistes are also limited by the size of their audience, which remains to be largely the urban youth, a demographic that is already saturated with the hundreds of thousands of songs available to them from Western artistes on demand online. Finding a niche and being able to hold on to it is in many cases, though not all, a necessity.

Most bands in India find the most effective way to build their presence and to promote their work is through performing at any number of the plethora of college festivals whole year long. “We get requests  and perform at college festivals, and this helps us a lot, because the students take our pictures and share them on social media, which promotes our work,” says James Thakara, lead of the Kochi based alternative and ambient rock band Thakara. The lyric video for one of their fan favorites, Padilla, was released on YouTube and InstagramTV recently, the latter being a new feature launched by the popular social media app, that effectively lets independent creators stream their own shows and videos. ‘We often promote our new work and shows by boosting our posts’ James added, referring to a feature that allows creators to increase the audience to which their work is shared for a small fee.

Bands increase their presence beyond festivals through gigs at local performance venues. But this, again, is a long arduous process. New bands often have to perform for free, their ‘earnings’ being the publicity received. Even once the gigs start to bring in money, the amounts are scarce, and not enough for musicians to make their passion their sole source of income. “There are definitely a few venues which understand the value of the band and pays accordingly, but most of them pay way less than what the bands deserve” says Debjeet.

For an independent artiste or band looking to make it big in the country, these are just some of the many hurdles placed before them, hurdles that over the years seem to be getting smaller, but still have a long way to go before its smooth sailing for the artistes.