It was Tushar’s death that inspired Meeta to take up music as a profession, thus becoming the first woman in the family to do so. 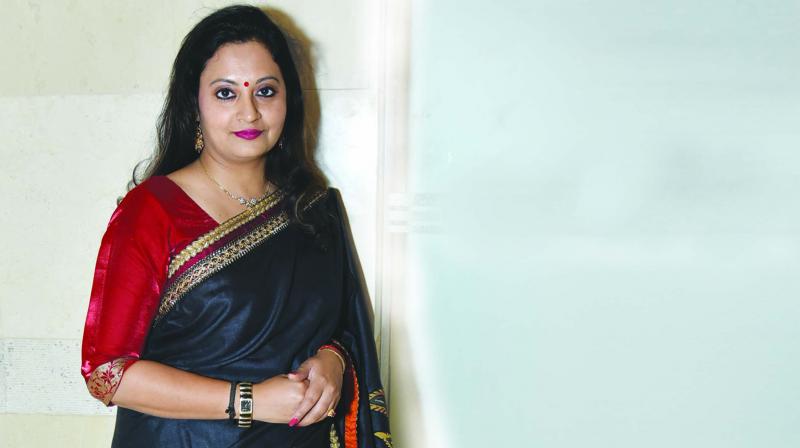 Meeta Pandit’s book traces the blossoming of different styles in indian classical music, the gharanas and their nuances, and the musical greats who made history.

Gwalior, the land of music, is the central vein that runs through Meeta Pandit’s book India’s Heritage of Gharana Music: Pandits of Gwalior. She traces how the city became the cultural capital of India in pre-independence times and fostered the blossoming of two important styles in music that defines North India — dhrupad and khayal.

Talking about her book, Meeta shares, “It is about the transition of music from dhrupad to khayal in northern classical music and how it reached the Pandit family of Gwalior. The book unearths the remarkable journey of how the pandits of Gwalior imbibed this heritage at a time when it was unthinkable for Hindus to learn music.”

The book is a result of the journey the author took after her elder brother Tushar Pandit died in a road accident. He was working on his research on the contribution of Gwalior Pandits to Hindustani classical music. But his death left the research incomplete. It was Tushar’s death that inspired Meeta to take up music as a profession, thus becoming the first woman in the family to do so.

“The book highlights the selfless guru bhakti and sadhana required for attainment of the highest level in any art,” says Meeta, adding, “It is also about the individual contributions made by members of the Pandit family to Hindustani music.”

The book provides  a deep insight into the depth of the gayaki of Gwalior. Numerous legends, rare anecdotes, folklore woven in the narrative makes the book an interesting read.

Meeta started learning music at a very young age from her grandfather Krishnarao Shankar Pandit and then later from her father Laxman Krishnarao Pandit. She  recalls enjoying her riyaz, “I loved my riyaz sessions ever since I remember sitting for one. And as time went by, my father encouraged me to perform before small gatherings. It was these small platforms that helped build my confidence. Everytime I was on stage, I would give my 100 per cent and that gave me the greatest satisfaction,” says Meeta, who gave her first stage performance at the age of 9, during a 3-day music festival Prasang organised by her grandfather. Later, she went on to perform at India’s prestigious annual classical music festival, the Sankat Mochan festival in Varanasi at the age of 15. She  is now the recipient of numerous awards and honours including Sangeet Natak Akademi Award — Bismillah Khan Award, Indira Gandhi Priyadarshini Award, Jayprakash Narayan Award, Sur Mani, Yuva Ojaswini, Yuva Ratna and FICCI Award for music.

For Meeta, coming from a musical family had some advantages. “One doesn’t have to go looking for a guru. Also, being a part of a family completely engrossed in music definitely makes learning easy. But ultimately, the test of brilliance and acceptance lies with the audience. Had this not been true, every child of an artist would have been a better version of themselves,” she says.

Talking about the changes Indian classical music has gone through over the past decades, she says, “Music is a creative art and it is bound to go through changes — it’s the very nature of the art because if it doesn’t change, it will become stale. Hence, any art for that matter requires new ingredients to associate with the new generation otherwise it won’t survive. What a disciple learns from the guru needs to be taken to a higher level using one’s own creative ways of expression.”

On a lighter note, Meeta feels that had it not been for music, she would either have become a teacher or a traveller. “I love to travel,” she says.