Ticket prices for an event (a concert, theatre, festival, any kind of entertainment at a venue, even marathons) start at an “early bird” rate. 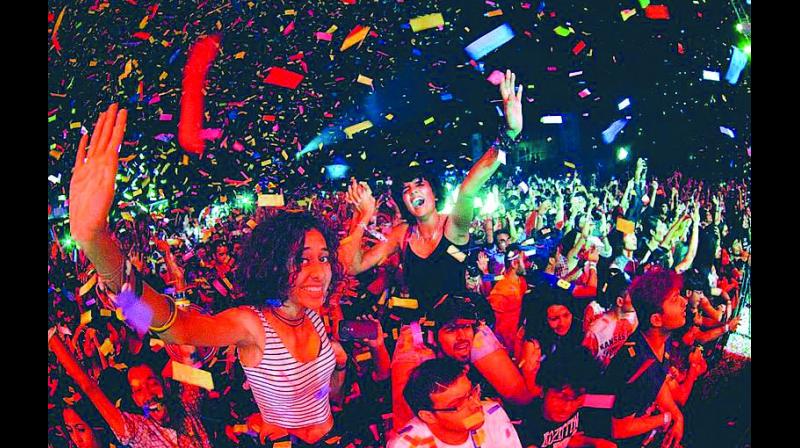 The first sound of the early morning bird is a harmonious way to bring the day in. If you’re up at that hour, a fresh day with fresh possibilities lies ahead. If deep asleep, the chirping could possibly turn a nightmare into a pleasant dream! Somewhere, somehow, some marketing genius decided to monetise that feeling by either rewarding consumers for their early purchases of tickets to events or luring them to make a purchase on goods and products by offering the “early bird” discount. Something about this species of bird has worked wonders for that marketing genius and become an integral part of pricing strategy over the years, something real-life early birds are not even remotely aware of as they continue to do their service in making our mornings better. But of late, it seems event organisers and online ticketing aggregators in India have managed to lure the “early bird” back in, way after its time! Ticket prices for an event (a concert, theatre, festival, any kind of entertainment at a venue, even marathons) start at an “early bird” rate. Sooner than soon, those rates are not available any more. A more expensive bracket is opened up, followed by another and yet another, till the event is fully sold out. Here is when the magic happens. The early bird rates somehow open up again as a “special” initiative and emotions ranging from delight to disappointment are expressed on social media platforms and the event’s page by people who wonder why they woke up early in the first place and those that couldn’t be happier for doing the opposite. Well, there is math to it.

“The philosophy behind pricing tickets aggressively (cheaply) at the start is to reward people who have committed time and money a few months or weeks before the event. Honestly, the prices we offer at the time are not even close to covering our cost of the event, but we offer them to create momentum and interest in the event, and then raise the bar as we go along. Sponsorship amounts have also gone down over the years and a large part of revenue is dependent on ticket sales,” points out Shreyas Srinivasan, founder and CEO of Paytm-Insider.in, a popular Indian online ticketing platform. While the price of a ticket is decided entirely by the organiser of the event, platforms like Insider.in offer a smart pricing strategy to them and charge a fee per ticket sale (which is worked into the total ticket cost). Shreyas has no qualms about admitting that a nationwide trend he has noticed over the years (and given the fact that his platform does ticketing for close to 25,000 events each year) is that we love our “complementary” passes! We “wait till the last moment to see if a friend can arrange them”. Hence, the decision to raise prices along the way or block off certain categories as “sold out”, is “based on various factors across data collection, tracking the interest and the social media around the event and a pricing algorithm that comes into play that shows us clearly whether increasing the ticket cost will have a negative or positive response. So, the practice of “surge” pricing (where the price goes up as the demand goes up) is only a small part of the strategy. The main aim is to reach as close to full attendance as possible”, concludes Shreyas. His competition, BookMyShow, another popular ticketing aggregator, uses an interesting method too.

“We have experimented with dynamic pricing in instances when we believe that we need to balance price sensitivity with audience demand for such experiences. These are decisions we take when we believe the event has a strong demand and yet consumers are looking for the best value for their experience. Here’s when demand determines the pricing — it’s akin to airline tickets but with certain specific and well determined limits to the movement in price,” further clears Albert Almeida, COO — Live Entertainment, Bookmyshow. For some large-scale international events that they were also the organisers of (along with ticketing), like the recent U2 concert in Mumbai, they used data analytics and data-based insights to gauge audience size and demand for certain price points. “We then introduced dynamic pricing to ensure that the demand determines price movements and that helped us do a better job of driving a robust average ticket price. This strategy worked extremely well and we saw a crowd of over 40,000 people enjoy the U2 concert.”

This does explain quite a bit. But it seems the organisers and ticketing platforms expect the consumer to “trust” them when they say a category of tickets is sold out. However, if that category re-opens again, it clearly contradicts that. While Shreyas from Insider.in chose to stay in on this one, Delhi-based lawyer Vedanta Verma, who runs the law firm “Vedanta Verma & Associates”, states that “if a consumer spent more money on a higher category of tickets because the ones they actually wanted showed ‘sold out’, they can then approach the consumer court on the basis of feeling ‘cheated and duped’, if that category re-opens. It is a clear misrepresentation of facts and an unfair trade practice, wherein the consumer is pressured into spending more money based on a false advertisement that a lower category was sold out. The court will ask the organisers for the basis on which they decided to first say ‘sold out’ and then re-open that category. A consumer can file for compensation on this basis.” In his knowledge, this has not been taken up in court yet. But it is a matter of time till “a consumer forum or even an individual takes it up and a precedent is set.” In that “case”, the early bird may not sound that pleasant!

The writer is a Web and TV producer, presenter and writer who tracks trends