Music under the Moonlight 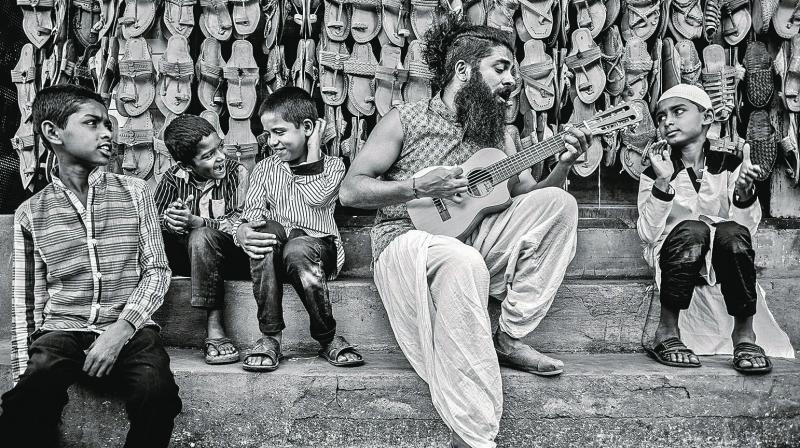 RagaMoon 2020, the second edition of the festival, promises attendees a gypsy life experience with some soul-searching music and crossover sounds by Prem Joshua and Band, homegrown traditional folk tunes by Vasu Dixit Collective, and a melodious symphony by ft Mehtab Ali Niazi.

A conventional music festival would require one to brave a sea of people to find the perfect spot; close enough to the stage, to be able to admire the performer. But at the RagaMoon music festival, as the name suggests, people can enjoy their favourite musicians under the moonlight by the beach in an intimate setting. A self-funded music festival, it comprises a small community of melophiles who come together to celebrate music amidst nature for 24 hours.

“I was sold by the idea of a 24-hour music festival. It's the perfect concept for a musician to see music enthusiasts come together and celebrate. It is such a unique idea and I'm happy this came about,” says Dixit, who will be entertaining the audience with songs from his band Swarathma alongside some of his solo compositions and a few from his Vasu Dixit Collective.

The idea, Dixit explains is to give the audience - camping under the stars at Bandcamp near Gorai beach surrounded by trees on a hilltop overlooking the sea - a varied mix of songs. While most songs were in Hindi, he performed a few in Kannada as well. “Every song has a different thought and feel to it,” he adds.

For Joshua of Prem Joshua and Band — comprising musicians from India, Germany, France, and Japan — music is a door to an infinite world of wonders that comes alive in a setting like this. “Music is my tool to explore my inner self. It is my vehicle to communicate with my audiences and to serve for a better world,” says the German musician, who played their signature style of acoustic Indian traditions fused with jazz, reggae, ethno, electronics, and beats.

When asked about the audiences growing acceptance to Indian contemporary music, Joshua says, “During our concerts in India, we are at times surprised how many people, especially the young Indians, know our music and even sing along. Over the years, we must have made some impact, as there is an immense openness to new sounds here,” he smiles.

Singer Harpreet Singh, known for rendering verses of well-known poets like Nirala, Bulleh Shah, Paash, Faiz and Naresh Saxena, brought a unique mix to the existing musical energy. “I am always willing to experiment and expand my horizons, and this was a great opportunity. All my performances were a combination of my new and old compositions that are based on the writings of Sufis, mystiques and contemporary poets of Hindi and Punjabi,” says Singh.

Another great musician in attendance was sitar player Mehtab Ali Niazi, whose notes beautifully weave with Singh’s. Son of sitar player Ustad Mohsin Ali Khan, Niazi belongs to the Bhendi Bazar Moradabad Gharana and grew up playing on his uncle’s santoor and tabla, and learning vocals from his grandfather. “My collaboration with Harpreet wasn’t sketched properly because of time constraints,” reveals the musician.

However, the highlight of the festival was a solo performance by musician Ilyas Raphael Khan, aka Tablaboxing, known for his unique mix of beatboxing and tabla. The artist played some of his compositions as well as some of the other artists’. “This is a unique form of music and I wanted the listeners to connect with it. I feel when we play a few songs that they already know, they understand the form of music better, which in turn makes them appreciate it in the new compositions as well,” concludes Tablaboxing.