Spinning dreams on the disc

There may have been plenty of ups and downs that the Delhi-based ELENKAY has faced, but the show must go on! 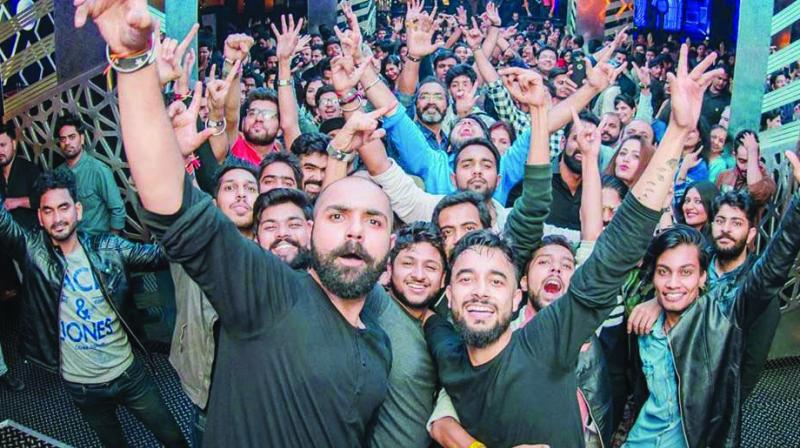 Sometimes, it all begins with a good playlist. You are at a random house party with cheap disco-lights, and someone whips out their phone and plays a collection of hip-hop and trap music that gets everyone on their feet. Next thing you know, they are considered that ‘guy/girl with the music’ and an open invitation to every party in town.

What if there were two such splendid playlists? That’s how things started for Sagar ‘EL’ Lohani and Karan ‘KAY’ Chaudhary of ELENKAY back in 2012, while they were studying in an engineering college. “These playlists made me realise that his music sense clicks with mine. So, I thought that maybe we could do something together,” says Lohani.

At that time, Lohani had already got the hang of music production, while Chaudhary learned the ropes later. “The first time we performed was when, instead of doing my internship in Delhi, I lied to my parents and went for mixing classes. Karan had joined those too. When we came back to college (Dehradun), we started doing local gigs,” continues Lohani.

The duo graduated in 2015 and then began the real struggle: getting established in Delhi, with its ‘lit’ music scene, and plenty of opportunities. Lohani reveals, “We met so many people and managers, but no one would respond to our requests.”

It was a bit of a reality check for the boys, that the music world wasn’t going to be easy to crack. In the next couple of years, they shifted cities, Chaudhary learned music production, and Lohani continued to make music. Their ‘moment’ came when “We met this local guy called Yash. He became a good friend of ours and got us gigs in the city, including at the best clubs. Then we played at NIFT Mumbai.” Things really hit a high when they opened for an international artist who in turn opens for Martin Garrix.

The Delhi chapter after this also went quite smoothly: a year-long tie-up with popular party places. “Things were going good, music was being released. But we still weren’t earning enough… then it happened that Chaudhary was in a phase where ‘should I do it?’, ‘should I not?’, before finally deciding not to continue with it.” Suddenly, Lohani was by himself with ELENKAY. The two remain good friends, but Chaudhary has been focussing on an alternate career.

After this, a one-person arrangement wasn’t garnering the same kind of appeal. So, Lohani decided, “I want to make music first now, and take it to a place where you already get booked as an artist, where your music talks for you.” And this decision, as it turned out, became a blessing in disguise, as the musician has released a bunch of songs on Youtube, each boasting amazing videos.

One of them is Nadaan, where an animated puppet moves in accordance with synth-trap beats and a melodious track. “My brother was the one who had the idea and the result was amazing,” reveals Lohani. Remember Me was his first original video, shot mostly in Qutub Minar. A bunch of dancers, splendid camera work, and some shots from Lohani’s hometown — all helped create a unique video. The musician continues, “Then the next three songs — Yaarian, the Avicii remix, and the Blake Shelton remix, were made by ‘Talents of the World’ who were like ‘we’ll make free videos for you and upload them on our channel. We’ll also do the photoshoots.”

“I’m not stopping anytime soon now. I’m working on a remix of an Ellie Goulding song. Then there are a lot of upcoming originals. I’ll try to do their lyrics myself. I’m expecting to release a few originals too. There are a few hip-hop and trap singles on the cards as well,” he says, on a concluding note.