Versatile singer Jayant Sankla is all set to mesmerise the audience in the Capital today. 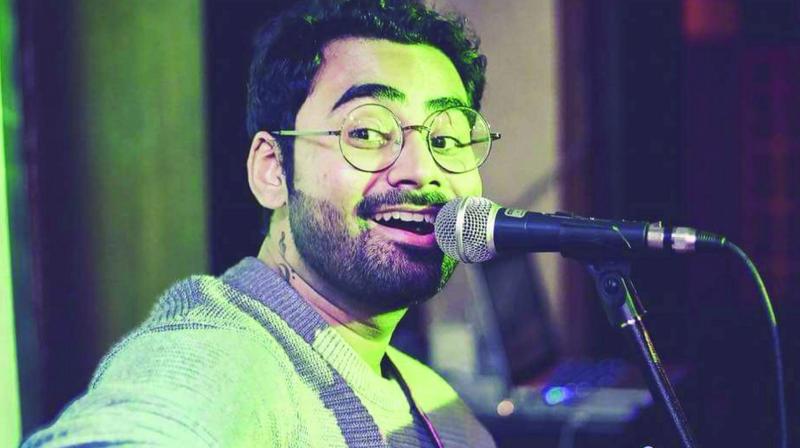 Apart from being trained in Hindustani Music from the eminent Rampur Sahaswaan Gharana, Jayant Sankla has his base set in western music too. He received vocal training from musical maestros Ustad Sakeel Ahmed Khan and Ustad Ghulam Abbas Khan. Jayant also shares the credit in composing the soundtrack of eight culturally rich songs for upcoming fountain project at Ranjit Avenue in Amritsar.

He gets candid and talks about his love for music. Upon being asked if music was always his passion, he replies saying, “I don’t remember playing with other children. I was just learning music and practicing it. It gave me happiness, a sense of knowing what I want to do. I was just 13-14 and I knew I just need this.” Having performed across the world, the musician feels the response he gets from the city is unlike anywhere else. “. “Delhi is my home and this is where I belong. I have performed in various cities of our country, I have performed in Europe but the kind of warmth you get here and the way people treat you is incomparable. Dil valon ki dilli hai bhai,” he adds passionately.

The singer believes that it is his sincerity during performances is what touches his audience. “I feel that reaches to people and it makes a connection with my audience. I just love it when an old couple dances to my tunes or when someone tells me that my songs make them emotional and they end up crying. All this is an ultimate high for me. I talk to my audience to know what zone they are in. I entertain them and make them forget their worries,” he adds.

Sankla goes on to say, “I don’t have a target audience, I perform Bollywood songs which basically caters to everybody in the room, and my own music also is for everyone. I think I was 13 and there were pop albums on television in those days, Sonu Nigam was just all over the television set. I think that was the time when I thought and realised that I could really sing. And that’s when I started to learn music.”

And there is a message he highlights through his magical tunes. “Music not only can make you dance but it can also make you nostalgic, happy or make you cry. This is the beauty of music. I have been composing for some time and I haven’t really composed any ‘tadakta bhadakta’ song as they say it. But Í have released two of my songs, one is a beautiful romantic song called ‘tere naina’ and another one called ‘shukriya papa’ on Zee music. I would like to touch people in the coming years with my melodies,” says the singer who has worked with ABP News and sung the parody songs during 2017 elections.

Sankla’s favourite genre is contemporary and classical Hindi music. He feels, “The music of India includes multiple varieties of classical music, folk, filmi, Indian pop. I am trained in Hindustani classical music and I know its worth.As a singer, I can tell you that Indian music can really give you great results if you learn it. I think you should learn it so that you can perform anything.” But being a musician, he ends up listening to every genre— be it country, hip-hop, pop or rock though he has grown up listening to Bollywood and Indian classical music.