Dragging mental illness just for the sake of humor is not acceptable. 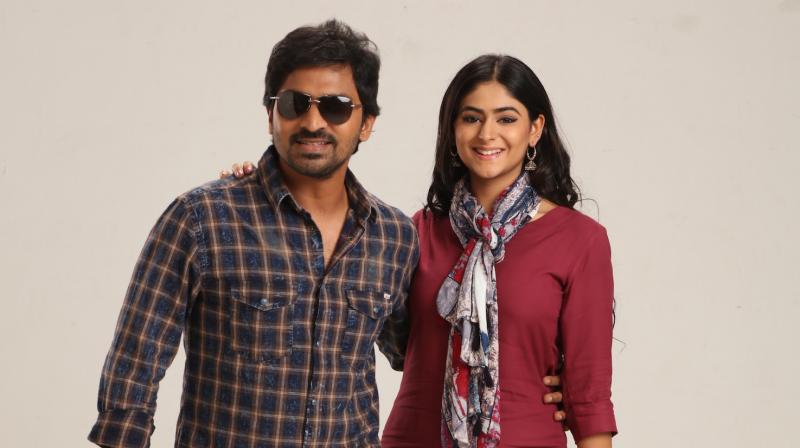 Aadhi (Vaibhav) is a site engineer who suffers from night blindness. He ensures that he returns home before he gets panicky in the evening when the clock strikes 6. However, on a particular day when Aadhi could not get back before six, he calls his friend Bala (Satish) to pick him up from the beach. He waits listening to songs with headphones on without realizing that he is sitting in the middle of a protest against a politician KP (RNR Manohar), an alleged sexual offender. The media thinks Aadhi is spearheading the protest and he is thus flashed in all TV channels, including one where Krithika (Pallak Lalwani) works as a reporter. Now, Aadhi is on the hit list of the politician, who is arrested and sent to jail. Things also go awry when Krithika falls for him and how Aadhi comes out of his eternal problems while masking his shortcomings forms the rest.

Vaibhav’s comic timing works well. Satish plays an effective foil and some of his harmless counter comedy dialogues are enjoyable. Radha Ravi’s scenes are equally funny. Pallak Lalwani does a stereotypical heroine and her lip sync goes for a toss. Manipulating the lead guy’s disability, director Chachi’s writing is so convenient that logic takes a beating throughout the proceedings. The so-called comedy scenes involving Chaams portrayed as a homosexual is unwarranted and distasteful. Also, dragging mental illness just for the sake of humor is not acceptable.