Game of Thrones S07E03 review: Who's the mad queen really?

The latest episode in the series has seen the near annihilation of two houses and some very cerebral scheming. 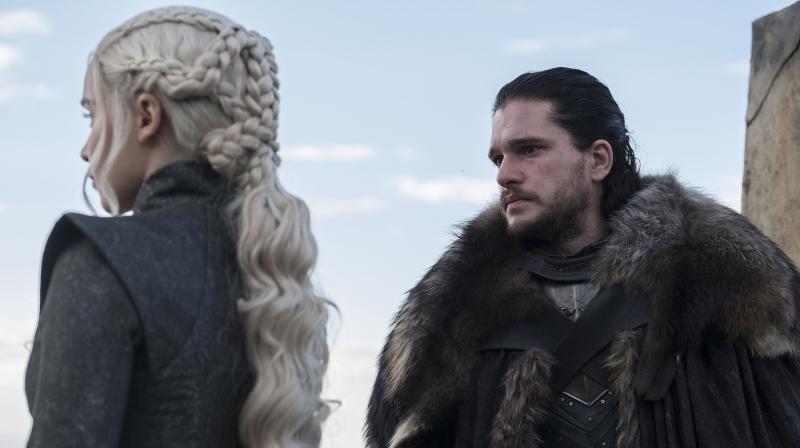 Mumbai: Game of Thrones’ seventh and penultimate season has been one of long-impending reunions and altercations.

The third episode, aptly christened ‘Queen’s Justice,’ has been no different. While the show keeps throwing glimpses of the delectably deplorable beauty of a character that Euron Greyjoy is, flaunting his sadist demeanour with irresistible glee, it has also been a crushing chronicle of Cersei Lannister decadence into irreversible insanity.

The long awaited meeting leading to imminent friction and subsequent subtle yet evident sexual tension between King in the North Jon Snow and Daenerys Targaryen finally occurs under the watchful eyes of Tyrion Lannister, Lord Varys and Davos Seaworth. While both protagonists and primary contenders for the Iron Throne are mutually unaware of their blood-relation, Jon displays sparks of Ned Stark while standing his ground against grossly uneven odds for the sake of his Northern allies anxiously awaited the arrival of the army of the dead.

Consequently, Sansa Stark displays amazingly acquired statesmanly skills up North in Jon’s absence while the scheming Petyr Baelish. Sansa also reunites with her long-presumed dead younger sibling Bran Stark, who however has diametrically changed to transform into the three-eyed raven, much to her astonishment.

The citadel acknowledges Samwell Tarly’s meticulous work at curing Jorah Mormont of his greyscale, while the army of the unsullied march for and capture Casterly Rock, thanks to a very crucial strategic intervention from Tyrion Lannister. However, the episode truly belonged to Olenna Tyrell, who, true to her audacious self, dropped a major revelation at an unassuming Jaime Lannister, who displayed surprising restraint and character unlike his vicious twin, who chose to be as merciless as possible with the perpetrators who snatched her daughter off of her.

While the episode was not as high on thrills as its predecessor, it still showed ample meat in establishing liaisons and trajectories.

However, Dany’s startling yet gradual descend into mercilessness, scrutinisingly watched over by her trusted allies, has put her on course to give Cersei a tough one at pulling of an Aerys encore.

So which one’s the mad queen? The iron throne might take a backseat for now for winter is here and the Mother of Dragons isn’t the person you rooted for once, anymore.