Poorna movie review: A tale of immense bravery that's sure to move you

The film, Rahul Bose's directorial, stars himself and Aditi Inamdar in the lead roles. 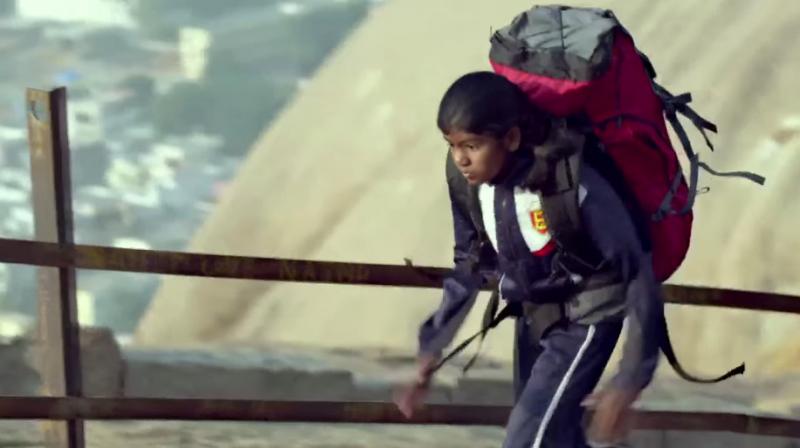 How far will one go to achieve what they want in life? Self discovery is the primary subject of the film Poorna. Rahul Bose who directed his last in 2001 has come up with a true story which is not a bit less than a magical cinematic experience.

Poorna (Aditi Inamdar) lives a miserable life in a small village of Telangana. She dreams to educate herself and become something big in life. Her parents try their best to marry her off but she runs away to study in a government school after seeing an advertisement on a pamphlet.

Pradeep (Rahul Bose), an IPS officer, demands his posting at the same place where Poorna is studying. Pradeep wishes to work in the welfare of under-privileged children. He meets Poorna and discovers that she wants to climb mountains. Considering her talent and conviction, he sends her to Darjeeling to train her for the Mt. Everest summit.

How Poorna becomes the youngest girl of India to scale the Mt. Everest is what the film is about.

Rahul Bose has tried his hand at direction and thank god he did. He is an amazing story teller. His sharp acting skills don’t need any introduction but after Poorna, another feather of a great director has also been added to his hat. It is clearly visible that Rahul has made this film with all his heart. Poorna is a film which will surely inspire you in every possible manner.

For a director, it is not easy to execute the plot keeping factual accuracy in contention in every frame. The hard work that Rahul and his team have been putting since the last two years is commendable. The film might not have commercial viability in terms of a big star cast or massive production value but Poorna is a film which surely moves your heart.

Rahul Bose has done a noticeably brilliant job as a warm and emotional IPS officer. Kudos to the little girl Aditi Inamdar for bringing to life the character of Poorna. She is flawless in every single frame and in fact, Rahul should be given credit for getting the right amount of emotions and apt expressions out of her. The supporting cast, comprising of Heeba Khan, Dhritiman Chatterjee, Harsha Vardhan and child artist Manoj Kumar also did a commendable job.

Overall, Poorna is an unmissably inspiring tale of an unsung hero.