Panchatantra movie review: Moral of the story is - Race

Director Yogaraj R Bhat nearly achieves it with his trademark wit and intelligence. 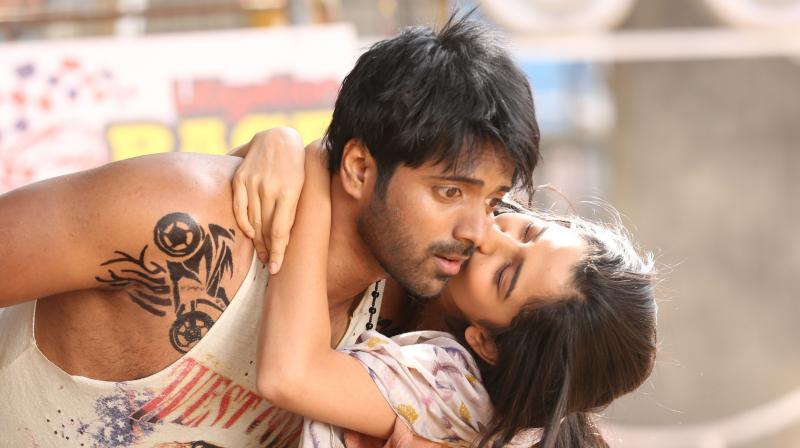 A still from Panchatantra movie.
Rating:

Turning the popular 'The Hare and the Tortoise’ story from Aesop's fable into a full fledged commercial movie by adding romance, humour and car race into it needs an extraordinary talent to execute it to perfection. Director Yogaraj R Bhat nearly achieves it with his trademark wit and intelligence.

Drawn from the age old story, his characters comprises of the younger lots symbolising the Hare and whereas Tortoise are the gang of senior citizens who are mischievous by nature. Then comes a property dispute which divides the two gang, for which they fight like cats and dogs.

Further, the moral story is infused with romance between the one leading the younger lot and the daughter of the rival gang leader. As expected, Bhat does not spare the audience with his chatters through the non-stop dialogues. In fact, this is where the director gets on the nerves as usual.

The first half is annoying in parts but the traditional fans of the versatile director can happily enjoy the fun bits between the two gangs, who keep themselves busy by pulling each other's leg. Insofar as others are concerned, it is better to get something to munch until the real picture starts post the interval.

It is Rangayana Raghu who leads the show and the remainders are the ones who only exist to makes noise in the group. When Raganna portrayed by Rangayana Raghu finds out that his daughter's affair with his enemy, who along with others runs a motor garage on the disputed property, he legally agrees for car race. The winner gets the ownership of the property.

While it is hard to believe even in terms of cinematic liberty that an exclusive car race is held only for the two gangs over a property dispute, the soul part of 'Panchatantra’ is the race. However, it is not the race alone which makes sense but the value it adds in the end.