I have always been lucky: Salman Khan

Salman Khan on his success mantra, the roles he wants to play and why he doesn’t mind taking risks to launch new faces in Bollywood. 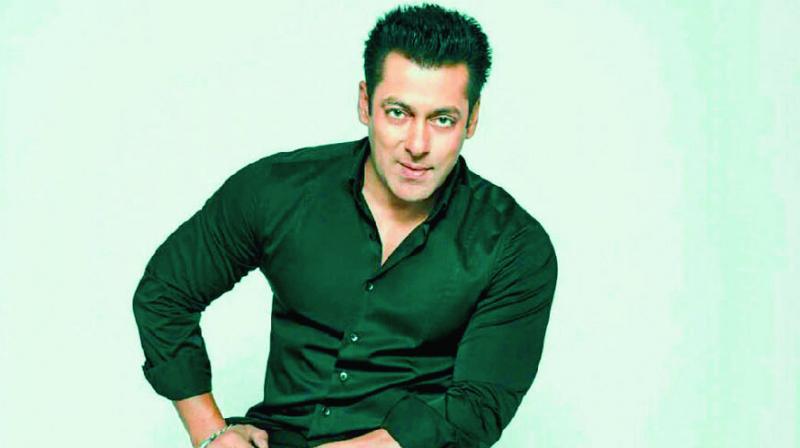 Salman Khan may have started out as a lanky, wide-eyed romancer in 1989 release Maine Pyar Kiya, but he now holds the title of Bollywood’s bhai due to iconic films like Dabangg and Bajrangi Bhaijaan. However, despite putting in 30 years of hard work, the actor credits his resounding success to luck. “It is because I have always been lucky. Even before Maine Pyar Kiya was released, I started modelling and I was doing well in it,” says the actor as he settles on a couch after addressing his fans at the launch of 13th season of the TV reality show Big Boss. Since then, the actor has topped the Forbes India chart for both fame and revenue and was listed seventh as the World’s highest-paid actors in 2015. But Salman confesses that it wasn’t his dream initially. “My life ambition was to earn 10 lakh rupees so that life can go well and I can live a happy life. But it just increased and I am accepting it,” says the actor, who was the first to enter into the 100 crore club in 1994 with Hum Aapke Hain Kaun. His 100 crore streak continued with Wanted, Ready, Bodyguard, Dabangg and Dabangg 2, Jai Ho, and Ek Tha Tiger, and even escalated into the 300 crore club with Bajrangi Bhaijan and Sultan.

Although the film business is unpredictable, most of Salman’s films have managed to rule the box office, which is why the actor will never be seen worrying about box office collections and competition. “I am not in any competition; I would rather focus on films that I want to do,” insists the actor, and reasons that we have fewer theatres than what actually we should have. “We still are about 20,000 theatres below what we should have. The day we will have them, the first day collections will go to `1,000 crores, because there will be enough screens to show all the films,” he explains.

Having worked in nearly 100 Hindi films, the actor has experimented with all kinds of characters. When asked if there is still something particular he would like to do, the actor says, “Anything that I get excited about after the first narration, and if I can give dates for that film, those are the kinds of films and shows that I want to do.”

Meanwhile, in real life, Salman has been the favourite child of controversy though his fan base has remained loyal and has kept growing steadily as he says that his life as of now is “slow and steady.” The actor has tried to give back to the film industry by launching several new faces, including his brother-in-law Aayush Sharma in Loveyatri last year. Nevertheless, the actor seems unaffected by his image as godfather in the industry and instead credits this personality trait to his family and Maine Pyar Kiya director Sooraj Barjatya. “This has come from my parents and from Sooraj Barjatya. He launched me 30 years ago when I was a new face. It was a big risk as I did not have much experience, and Bhagyashree (co-star) debuted with this film as well. But he stood his ground and so I follow the same thing,” says the actor in conclusion.