Airaa movie review: The weak climax is a major downer

‘Don’t miss the crucial first 10 minutes’ said this mysterious person, and this increased our curiosity factor. 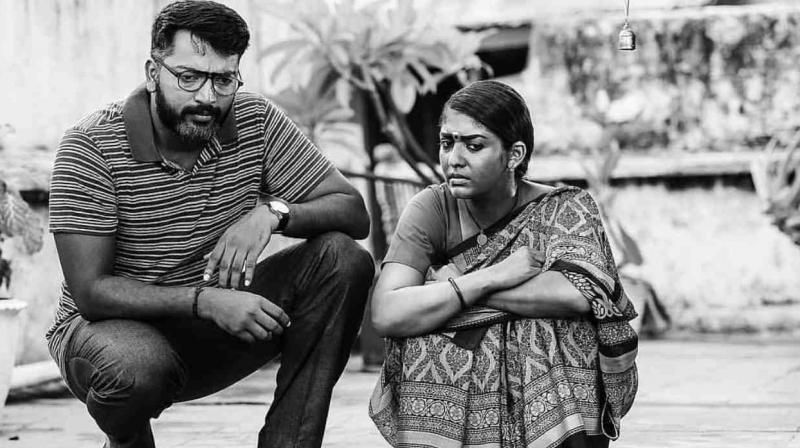 A still from Airaa.
Rating:

Somehow, there was a hype created by someone before going to watch Airaa. ‘Don’t miss the crucial first 10 minutes’ said this mysterious person, and this increased our curiosity factor. However, there’s nothing exciting! The story actually begins faithfully following the template for a horror film – an old haunted bungalow at a remote place in Pollachi, pouring rain, lightning, creaky swings and rocking chairs, scary music, when two cops reach the mansion in the dead of night in response to a caller in trouble.

Cut to the city, we see Yamuna (Nayanthara), a journalist who is peeved with her routine work and also with her parents (Meera Krishnan and Jayaprakash) who want her to get married and settle in life. She quietly runs away from the situation by packing off to her grandma’s house in Pollachi. And it is the same haunted house that is shown in the beginning. There, she pursues her dream of making her own content on YouTube by creating fake ghost stories which becomes an instant hit. But little she is aware that there’s a ‘real’ one, which is waiting for its chance to kill her.

In a parallel track, writer Amudhan (Kalaiyarasan) is baffled by several deaths of unconnected people happening around him. However, he feels that his lover Bhavani (Nayanthara again in de-glam avatar) who dies in a road accident could be behind these deaths.  How these two stories interconnect forms the rest.

As a modern woman, Nayanthara is as usual, replete with trendy clothes, heavy makeup etc. It is the dark skinned Nayan as Bhavani who scores with a solid role. Kalaiyarasan with a perplexed look throughout the movie is just about adequate. Yogi Babu is getting repetitive and boring. The first half moves uninterestingly and the film picks up post interval when the flashback portions unveil which is packed with several issues shot fully in black and white. Director Sarjun has put to use ‘The butterfly effect’ which suggests that small events can have large unforeseen consequences, rather ineffectively. When the actual reason behind Bhavani’s revenge is revealed, it is totally unconvincing and a major downer.

The intro scene of Yamuna where she mouths a profane word (though told in a suggestive manner) to put a man who made sexiest remarks on her in place just to establish her character is unwarranted.

Technically, Sundaramurthy’s songs especially Megadhootham are soothing to aural nerves and Sudarshan Srinivasan’s cinematography is perfect for the mood of the film.