Jumanji - Welcome to the Jungle movie review: A formulaic fun

Despite the corny execution, this 2017 Jumanji update manages to somewhat entertain you. And that’s all about it. 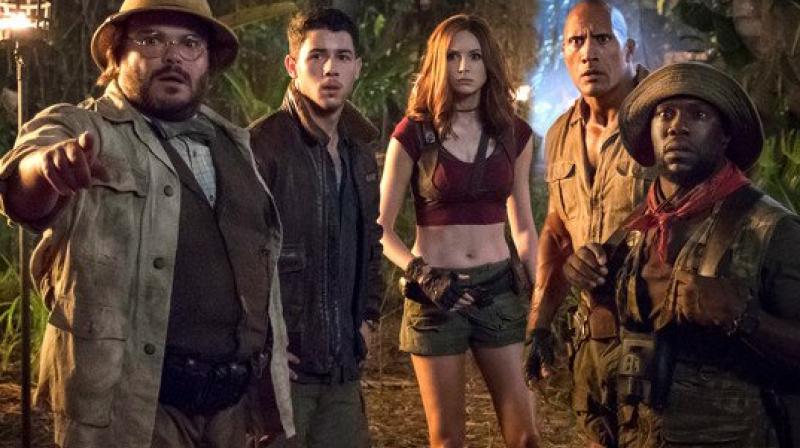 'Jumanji: welcome to the Jungle' is a sequel to a movie released 22 years ago that behaves more like a modern remake for today's standards.
Rating:

The original Jumanji featuring late Robin Williams came in 1995, this reboot is said to be a tribute to the beloved star of the old movie.

The film tells a story of four high school students, a nerdy geek Spencer (Alex Wolff), a pretty and popular Bethany (Madison Iseman), a football jock 'Fridge' (Ser'Darius Blain) and a shy bookworm Martha (Morgan Turner). Their lives turn upside down when they accidentally get sucked into the video game 'Jumanji'. In the alternate reality of video game, Spencer gets transfomed into Dr. Smolder Bravestone (Dwayne Johnson), Bethany turns into middle aged man Sheldon "Shelly" Oberon (Jack Black), Martha becomes Ruby Roundhouse (Karen Gillan) and Fridge becomes a short man named "Mouse" (Kevin Hart). In order to save their lives and return to the reality, the quartet must complete the levels of the game to defeat Van Pelt (Bobby Cannavale), an explorer seeking to control the "Jaguar's Eye", a green jewel. The 'players' meet Jefferson (Nick Jonas) in the journey, who has been stuck in the game for years. The crazy adventure forms the rest of the story. 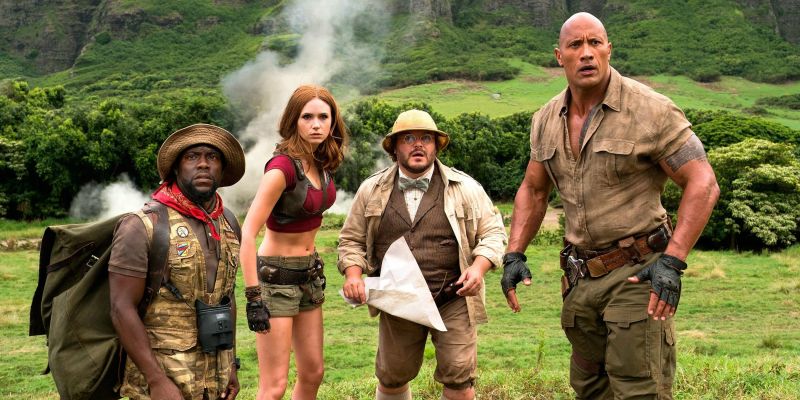 This film is a second collaboration between Dwayne Johnson and Kevin Hart. The first was Central Intelligence (2016).

The biggest problem with this movie is that you never get a real sense of any danger that the character are facing. The movie quickly loses its depth and enters in the realm of parodies. Right from the situations to the atmosphere of the jungle, it all feels artificial and hence the adrenaline rush that the director tries to induce falls flat. The movie does deliver few exciting scenes but at the end of it, it becomes clear that nothing significant or memorable has happened. What works nicely is the good banter of the lead actors and the funny one liners which are adequately stuffed in the narrative. The romantic sub-plots function as a need to serve a human drama and fortunately it doesn’t get too cheesy. 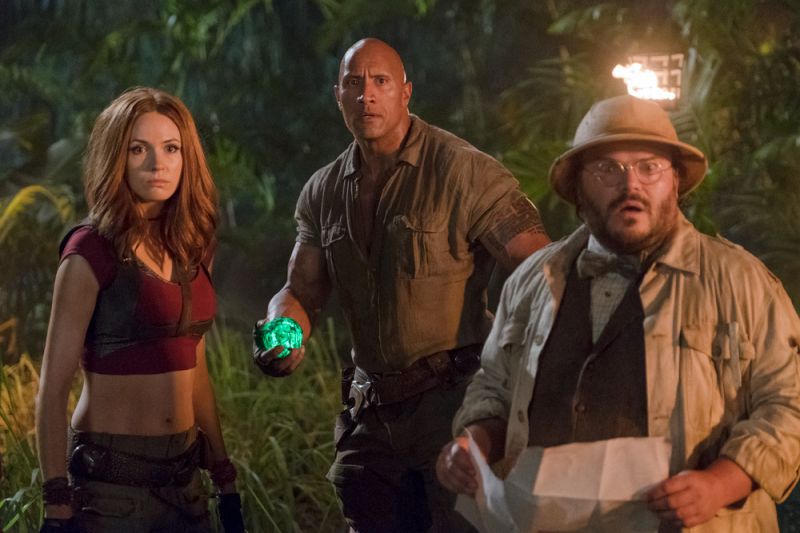 A still from 'Jumanji: Welcome to the Jungle'.

Dwayne Johnson is refreshing to watch as a scared nerd with no confidence. He shines in the comic scenes. Karen Gillian is decent. Kavin Hart and Jack Black supplies most of the great comedy in the film are they are too good at it. However, Bobby Cannavale’s villain is quite generic and hence bland. Due to lack of proper character development, his villain never seems like a threat and that is definitely amongst the weakest links of the film.

‘Jumanji: Welcome To The Jungle’ won’t become a classic like the original Jumanji, but as long as family entertainment during this holiday season goes, this is a functional movie.