'The Dragon and the Wolf,' finale of Game of Thrones' penultimate season, is also its longest episode yet. 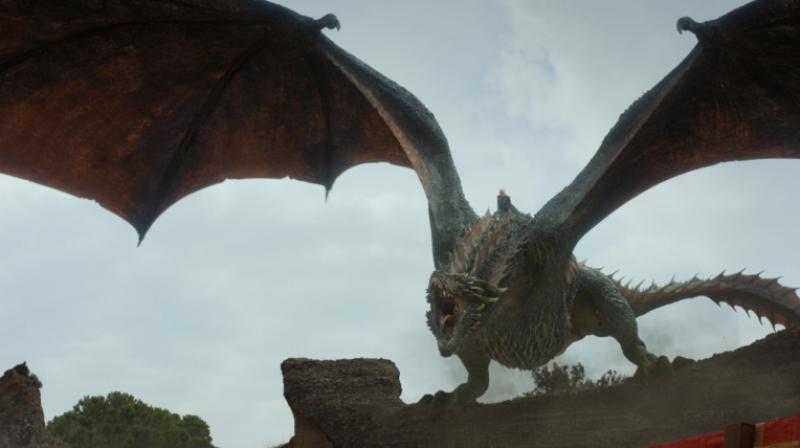 At 80 minutes, The Dragon and The Wolf could well pass off for a near feature length independent film, with all its poignancy, drama, thrills and shrills, and every other trope in town associated with the big, bad Game.

The finale was expected to break conventional norms of medieval grandeur and opulence and it achieves that to a fair extent.

The episode has been built as such to be the ultimate crowd pleaser, and please it does. But that also doubles up as the downfall of the show’s true essence- its unpredictability.

Jon Snow has finally been elevated to being the series’ one true protagonist, and the Night King has finally mounted the undead dragon and made a serious leeway into the ‘south’.

Liaisons and reunions of trajectories from across diverse spectrums have been made and it’s all heart-warming.

With a lot of the action happening in the background, the episode shifts to swift action, with the grandest twist of the show yet, being casually divulged during one of Bran’s visions.

Game of Thrones and the brains behind it had caught the audience’s fancy by killing off the very protagonist they had got them to root for in its first season itself.

Heroes fell like lifeless pawns while the villains plundered and progressed.

For a show with such unabashed audacity, the convenience has become gratingly tedious.

At least five major characters found themselves in such scenarios on different occasions where they ideally should have dropped dead, but safe must we play.

The most satisfying segment of the episode undoubtedly had to be the very overt yet delectable political union of the Stark sisters, to deal with the one man who slyly brought doom to their family. Petyr Baelish has to be one of the best written characters in the show and a fan favourite. The sheer vicarious joy of watching a well-written villain being played at his own game is inexplicable.

With the grand union of the Westerosi houses and bannermen to unite and deal with the walking dead, it was indeed a pristine cult moment that has been in the offing for seven years now. However, the tepid writing of the scene, over-dramatised and over-wrought, hampered the episode’s pacing, with it being a good 10-15 minutes too long.

But then, Game of Thrones gives us the liberty to be scrutinisingly and pedantically critical of it, courtesy the optimal standards it has kept for itself. We, as fans, expect nothing less than the superlative.

In despite of the episode being a fairly entertaining and grandiose affair, we hence end up yearning for more.

And if a certain Tyrion Lannister’s face is any indication, we also might have a new antagonist to our brand new heir apparent.

Tags: game of thrones, the dragon and the wolf