Bakaasura movie review: Watching it is a task by itself

The only relieving factor here that it is not typical films which revolves around heroism and senseless self-aggrandizing ventures. 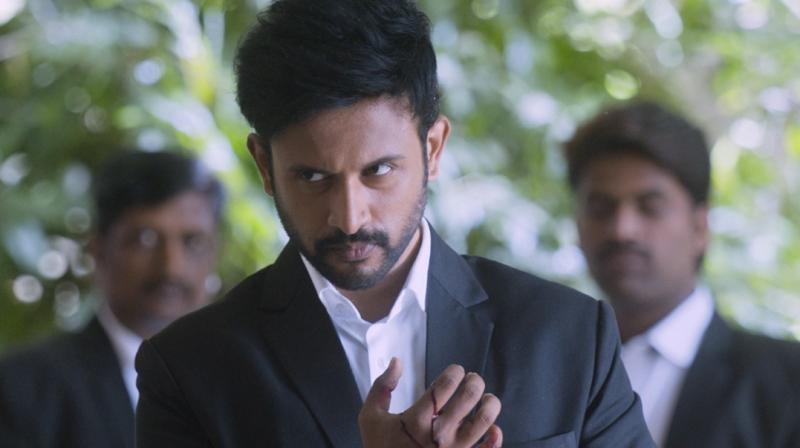 A still from film 'Bakaasura'.
Rating:

According to mythology, Bakasura is about a demon who even eats humans to satisfy his hunger, but this cinematic title has to be read in two parts - Buck meaning money and asura meaning demon. Hence, this is about the protagonist who will do anything for money, and he being an advocate, he is ready to take any case to make some quick bucks.

In order to do so, the kind of challenges he faces is quite similar to that of the audiences watching Bakaasura! The protagonist, Arya, who has changed his name to 'Money’ has to face several tasks before he gets the big case, which is to defend a Pakistani terrorist in the court, and save him from the gallows for his involvement in a bomb blast case.

If this seems to be an impossible task, then there are more such crazy ones which comes with the word 'F’. Meanwhile, to understand the 'F’ connection, the audience need to watch the movie in 'first’ place. But, it might leave them ‘frustrated’ in the end.

Unhappy over his earnings, advocate Money accidentally gets a case to defend the son of a MLA, accused of raping a girl. He wins the case which leads to the contact of a wealthy entrepreneur portrayed by Crazy Star V. Ravichandran. Though crazy star looks 'fantastic’, the overall 'film’ lets his ‘fans’ down.

Also, one may 'find’ it unpleasant to view the film on the screen for its poor quality making with improper lighting and camera works. Some scenes gives an impression as if they have been shot using a basic smartphone.

The only relieving factor is that Bakasura is not the typical films which revolves around heroism and senseless self-aggrandizing ventures. Radio jockey turned actor Rohit returns with another voice based performance.

After surviving all the tasks, and defending the undefendable for money, will Money learn his valuable and crazy lessons in life, is the 'final’ outcome of this almost two hour film.