Raag Desh movie review: Slow, but works mostly thanks to the performances 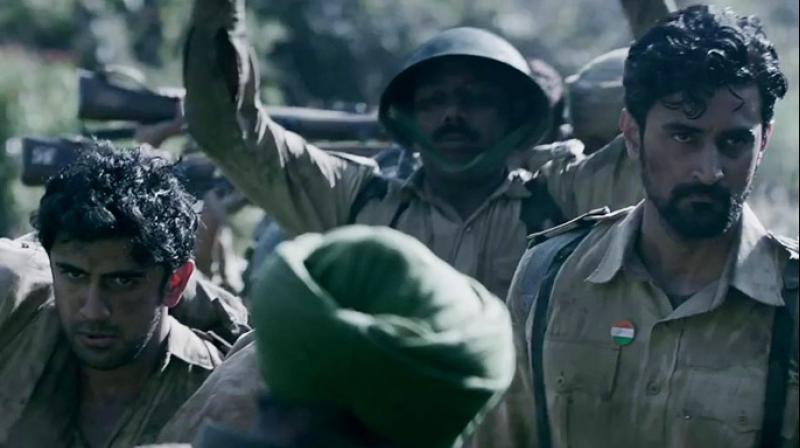 Having last directed Bullet Raja in 2013, writer-director Tigmanshu Dhulia brings you his first ever patriotic film, Raag Desh, which is based on the INA Trials that took place in 1946. Known for making raw films, Tigmanshu unfolds the journey of three soldiers who were found guilty of murders.

Meanwhile, Shah Nawaz, P. K. Sahgal and Gurbaksh appeal to their fellow soldiers to join INA but unfortunately have to kill a few of them who don't agree to go against the British empire. In return, the British Indian Army convict the three and announce the trial against them to prove them guilty. Bhulabhai Desai, a well known judge fights the case in their defense.

The three lose the case but to avoid further aggression of INA members and communal disturbance, the British Indian Army let them go freely.

Director Tigmanshu Dhulia has a knack of handling small town, brash plots. Though his last Bullet Raja was a disaster, with films like Haasil and Paan Singh Tomar, Dhulia had proved his mettle. For the first time, he tells the untold story of the INA trials on celluloid which is watchable. The dialogues are strong and moving but the pace of the film in the second half is exceptionally slow. But then, one needs to be patient while watching a patriotic film since it has to be factual and not fictional.

However, Raag Desh is not much thrilling as a film. In the past, several films have been made on historical events which are quite engaging, like Rang De Basanti, The Legend of Bhagat Singh to name a few. Raag Desh is not in the same league. Even the court room drama in the second half is not heart wrenching but Tigmanshu is a fairly good director to hold a weak screenplay with conviction till the end.

The noticeable thing in the film is its cast. They all not only resembles the actual people but also perform highly well. Kunal Kapoor who plays Captain Shah Nawaz Khan is outstanding in his act. His body language very much reflected that of a freedom fighter from the bygone era. Though he will remind you of his character in Rang De Basanti as he has the same aggression in this one, guess that makes him shine bright. Mohit Marwah, who marked his acting debut with Fugly in 2013, is surprisingly good as Captain P K Sahgal. His dialogue delivery, emotions and expressions are excellent. Looks like he has very much arrived. Luckily he got a nice screen presence too. It shows that Mohit is completely a director's actor. Amit Sadh, who plays the role of Captain Gurbaksh Dhillon is convincing as a Sikh. His fluency in speaking raw Punjabi is wow. Rest of the star cast is good too. Be it Bose or Gandhi, Jawahar Lal Nehru or Jinnah, every performer resembled their real-life counterparts.

On the whole, Raag Desh is an average film with an untold factual story. The film could have been much better plus in the era of commercial films, Raag Desh is a niche in its own genre. If you are still patriotic to watch such a film in 2017, then Raag Desh isn't a bad watch.