Daas Dev movie review: Nothing more than a brave attempt

The movie gives ode to legends like late filmmaker Kundan Shah and actor Om Puri in the opening credits. 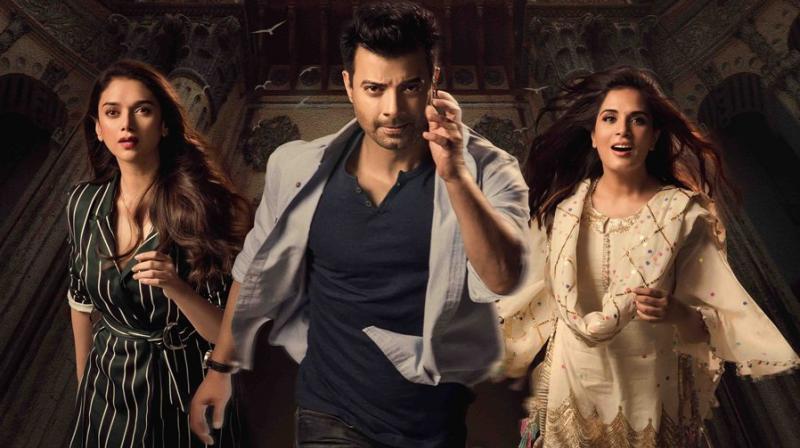 Giving ode to legends like late filmmaker Kundan Shah and actor Om Puri in the opening credits surely hints an embracing journey for next 140 minutes but it’s a 360 degrees flip. Director Sudhir Mishra brings his own version of popular Bengali romance novel penned by Sarat Chandra Chattopadhyay ‘Devdas’. His Dev is alcoholic but not a sobbing man lying on his own graveyard, Paro is smart, intelligent trapped in the political conspiracies and Chandramukhi is a sultry siren who aspires to conquer Dev but all in vain. Daas Dev is anything but a clumpy platter of flawed characters.

Vishambhar Singh (Anurag Kashyap), a reigning politician of Jahana, U.P. accidentally dies in a plane crash just after his rally. He leaves his wife and growing son Dev (Rahul Bhatt) behind. His younger brother Saurabh Shukla insists Dev to join politics seeing his death nearing. Paro (Richa Chadha), a girl in the neighbourhood is in love with Dev but her life changes upside down when her father (earnest disciple of late Vishambhar Singh) gets murdered. SK (Dalip Tahil), a well wisher of the family appoints his keep Chandani (Aditi Rao Hydari) to look after boozer Dev. What happens next when the real murderer of Vishambhar comes to light is what Daas Dev all about.

The role reversal of Dev’s character is watchable. He is alcoholic and a druggie even before the tragedy knocks at his door and has a physical relationship with Chandani aka Chandramukhi. Rahul Bhatt is raw, intense and hits hard as Dev. On the other hand, Paro played by Richa Chadha is true to her character. She is dark, layered and speaks through her silence. Aditi Rao Hydari as Chandani hardly impresses with her sensual act, even her skin show couldn’t save her in this film. Though she gets prime focus as a narrator of the film, Aditi fails to draw attention. Rest of the star cast including Saurabh Shukla, Anurag Kashyap, Vipin Sharma, Vineet Singh are good considering they are brilliant actors but the poor writing ruins them thoroughly.

In the meantime, watch the trailer, the only saving grace of this film, here: