It can very well be seen as a livelier, teenaged cousin of the television series, Black Mirror. 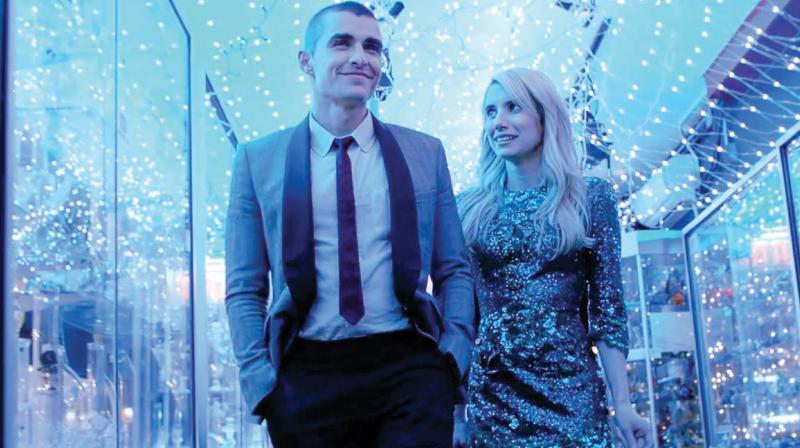 A still from the movie Nerve
Rating:

This year was marked by an unprecedented hysteria around Pokemon Go, an augmented reality game wherein players no longer sat at home but instead had to walk around in search of Pokemon in order to advance further in the game. Based on the young adult novel of the same name by Jeanne Ryan, Nerve is a film that taps into this gaming obsession by situating it within a complex matrix of social media. It can very well be seen as a livelier, teenaged cousin of the television series, Black Mirror.

Vee (Emma Roberts) is a high school student and the quintessential naïve and sweet girl who, in her own words, does not have the spine to stand up for what she believes in. Her mother and best friends are convinced that she cannot leave her comfort zone, and hence make decisions on her behalf about everything from college to boyfriends to being out in the city. Incensed at constantly being told what to do, Vee accepts her best friend Sydney’s (Emily Meade) challenge and signs up for Nerve, an online game wherein one can participate in a game of “Dare or Dare” as a watcher or a player. Watchers suggest “dares” which players then have to perform for money and glory. Successful execution of these dares earns one viewers and thus improves their rank. Her first dare is to kiss a stranger for $100, which she does when she spots a man, Ian (Dave Franco), reading her favourite book. The watchers enjoy their chemistry and suggest further activities which involves them going out and about the city. Up to a point, Vee and Ian together look like rebellious teens on a high, as do others in the city who are playing the game amidst bright, strobe lights. Steadily, the dares assigned to them become more and more bizarre and life-threatening, such as riding a motorbike at 60 mph with a blindfold, hanging from a crane, laying on tracks as a train passes over, to name a few.

The principle motive behind indulging in potentially self-harming acts is social media anxiety. The players can validate that they have nerve only if they can amass as many followers as possible, even if it alienates their friends and family. The film provides a commentary on social media that has far-reaching tentacles, which can snoop out sensitive information, from online shopping purchases to bank account details. The game has no regard for security and provides only a false sense of anonymity to the watchers, who are blind to their complicity in the violation of privacy and safety.

The screen, from the very first scene is overwhelmed with numerous apps that Vee is using simultaneously. During Vee’s first encounter with Ian at a diner, he is seen reading her favourite book, To the Lighthouse, in an elaborate setup by the watchers. Online dating goes next level here with the world orchestrating every step.

The performances in the film are energetic, and the characters are likeable, if at times, ridiculously unbelievable. Most notable is Emily Meade as Vee’s insecure friend. The soundtrack boasts of a wide variety of pop, hip-hop and EDM numbers. The film does not make a strong impact in the discourse on social media addiction; it does not take itself seriously and has nothing path-breaking to offer, yet is enjoyable enough to merit one viewing.