Watch Tokyo Trial if you are a history buff

Tokyo Trial tells the real-life story of the International Military Tribunal for the Far East, also known as the Tokyo War Crimes Tribunal 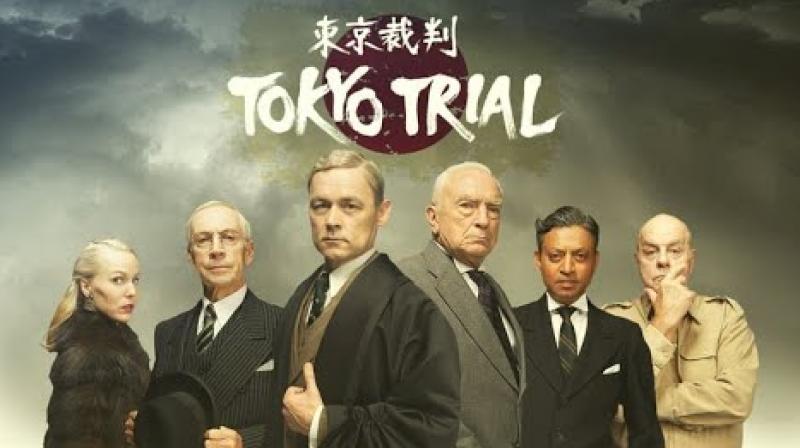 A four-part series, Tokyo Trial tells the real-life story of the International Military Tribunal for the Far East, also known as the Tokyo War Crimes Tribunal, set up to try the leaders, politicians including Prime Ministers, foreign ministers and military commanders of Japan for waging a war against China and for war crimes committed during the Second World War.

The two-and-a-half-year long trial, which began in April 1946, had 11 judges appointed by General Douglas MacArthur, the Supreme Commander of the Allied Powers. Of these, nine were from the nations that signed the Instrument of Surrender and one judge was from India, Radhabinod Pal (played by Irrfan Khan with equal measure of judicial and moral clarity, and aggravated intellectual exasperation at brother judges’ convenient hypocrisy).

Justice Pal, a judge at the Calcutta high court, was a member of the United Nations' International Law Commission.

At the Tokyo Tribunal, which began soon after the Nuremberg Trials, some British and American judges and the Chinese and Filipino judges, were unquestioning of its charter that listed the crimes for which the Japanese were to be tried.
But judges from the Netherlands and France were not so convinced.

The Indian judge, however, questioned the charter itself, was dead against the charge of conspiracy for pre-war decisions made by Japanese officials and maintained throughout that the tribunal should not retrospectively apply new concepts of waging aggressive (or crimes against peace), and crimes against humanity, despite the precedent set at the Nuremberg Trials.

Five of the 11 judges released separate opinions outside the court, disagreeing with either some points of the majority judgment, or the process through which the judgment was arrived at.

Justice Pal, however, wrote a 1,235-page judgment dismissing the legitimacy of the tribunal altogether, calling it “victor’s justice” especially since there was no representation on the bench from the vanquished nations and because the dropping of atomic bombs on Hiroshima and Nagasaki was excluded from the list of war crimes.

He held that each of the accused including Prime Minister Koki Hirota, and five others who were sentenced to death must be found “not guilty” of each and every charge and be acquitted.

His contention till the end was that while atrocities were committed, the tribunal and the charges framed were legally flawed.  Watch Tokyo Trial if you are a history buff.

This chapter of world history, which stars an Indian of sparkling intellectual and moral fortitude, is told with a focus on the biases that the best of jurists carry as well as behind-the-scenes political manoeuvring which those in power are allowed to get away with.