A Maths professor goes in search of his childhood sweetheart before he loses his memory. 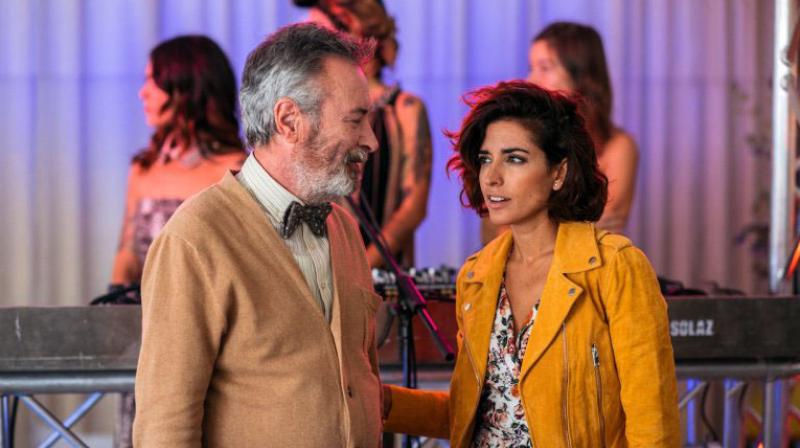 A scene from the film Live Twice Love Once
Rating:

Vivir Dos Veces is a sentimental Spanish drama that  is now aired on Netflix with the English title, Live Twice, Love Once. The almost two- hour drama takes you on an emotional journey as it sensitively delves in the life of a retired  Math professor  Emilio, brilliantly portrayed by Oscar Martinez, who shares a somewhat strained relationship with his daughter Julia played by Inma Cuesta. Julia is desperately seeking her father’s love and confesses to have opted to study Math, only so that she could spend time with him.

While it is not clearly established what actually caused the deep chasm between father and daughter, the awkard moments  splendidly captured at the dining table, where he throws a tantrum over his meals, and her exasperation is very relatable.

The movie also highlights the challenges of dealing with senior citizen parents, who are grappling with age-related transformations themselves. In addition to a taciturn father, Juila is also dealing with a dysfunctional marriage with her husband  Felipe, played by Nacho Lopez, who impresses as the smooth talking coach.

Emilio, who prides himself on rattling off numbers and is passionate about Maths finds himself reluctantly coming to terms with the painful reality of slipping into Alzheimer’s soon. The frustration of knowing how good he is and having had to answer the same routine questions to ascertain his memory power, on every hospital visit is depicted so organically through Martinez’s expressions.

It is also an eye opener for not just patients or families of those suffering from Alzheimer’s but also to the general public on how even the most brilliant of minds can degenerate so drastically.

There is also a parallel track — a love story, where Emilio, who comes to terms with his memory loss, wants to find his childhood crush, Margurita before he forgets her too.

It is here that he forges a deep bond with his granddaughter, Bianca — portrayed with amazing confidence by child artiste Mafalda Carbonell. Bianca is a smart alec kid, dealing with her own frustrations involving a physical disability that forces her to limp, Bianca embodies the new age grandkid who introduces her grandfather to the wonders of a cellphone and how it opens up a window of opportunity for him. It is through this medium that she is able to ferret out information on Margarita and discovers that she lives in Navarra.

Julia who initially refuses to help her father with his search as she feels she will be disloyal to her mother’s memory, eventually caves in. The family embarks on a road-trip that proves to be a bonding experience, where the family discovers each other and old wounds are healed.

Do they find Margarita? Watch the movie to see how it pans out.