The film had a title Seeni and started before Oviya became famous with her stint in Bigg Boss. 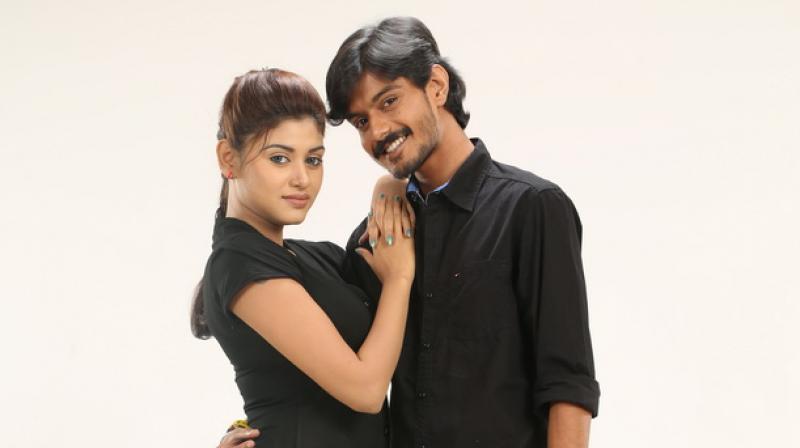 The film had a title Seeni and started before Oviya became famous with her stint in Bigg Boss. However, with its prolonged production and getting a release post Oviya’s stint in BB, it was rechristened as Oviyavai Vitta Yaaru to cash on her newfound popularity.

A Madurai based story, Seeni (Sanjeevi), an MBA graduate, aims at becoming a successful entrepreneur after turning down a government job. His best friend is Seetha (the temple elephant) and he shares everything to her.

His parents (Manoj Kumar and Meera Krishnan) dote on him and his girlfriend Divya (Oviya) who works in a local TV channel is keen to ensure that he prospers in life. Meanwhile, the over ambitious Seeni lands himself with a fraudulent man (Radha Ravi) and by aiding him, he starts earning big bucks.  A greedy bank manager, a district collector (Aruldoss) and a cop (Ravi Mariya) fall prey to his idea of ‘becoming a millionaire overnight’ and get cheated. The rest is all about whether Seeni leads a contented life with the money earned in an erroneous way, with the duped men chasing him.

Newcomer Sanjeevi is quite adequate. Oviya’s screen space in a homely role is less and she appears in a couple of scenes and songs. This must definitely be disappointing to Oviya’s ‘Army of fans’. However, the makers try to salvage it by including an ‘Oviya Anthem’ in the opening of the film. It is Radha Ravi who sports a different look (ala his famous dad MR Radha) and he simply excels in a role that is tailor-made for him. The story is seemingly inspired by Vinod’s Sathuraga Vettai. Yet another jarring aspect is that everyone is speaking at the top of their voices and is an affront to the ears. The movie is watchable to some extent as there are no double entendres, sleazy visuals or silly romances.