Along with implausible stuff within the manipulative plot, the movie is further marred by flimsy dialogue and sub-par performances. 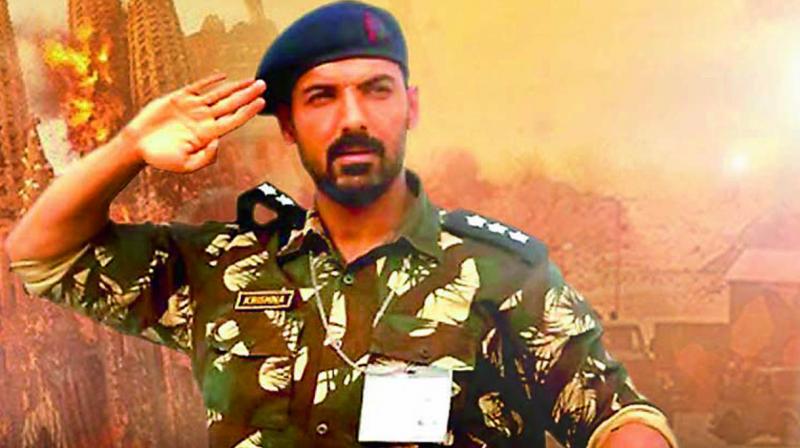 John Abraham in the still from 'Parmanu'.
Rating:

'Parmanu: The Story of Pokhran' starts with the title card "Based on a True Event". Yes, you can base a film on a true event and then fictionalise parts of it. It is jarring to see a story that is muddled with way too many obvious tension-building fabrications to suggest that the impossible mission was no mean task.

Ashwat Raina (John Abraham) tries to convince the government of India to invest their interest in nuclear energy for the protection of the country. He disappointingly quits after receiving no response from the government. Few years later, Himanshu Shukla (Boman Irani), who is the Principal Secretary to the Prime Minister, asks for Ashwat's help to re-perform his initial idea for the nuclear tests in Pokhran. Ashwat forms the best team from the system, including Ambalika (Diana Penty), from the security department. But will they be able to complete the mission? 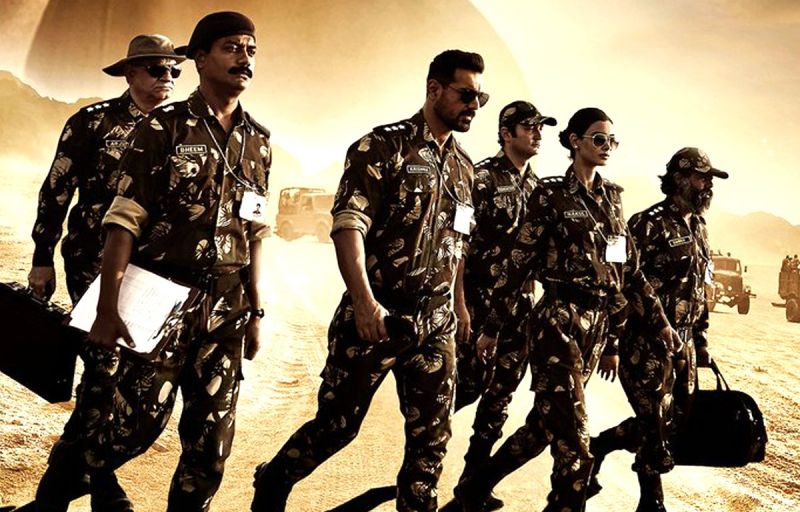 The poster of 'Parmanu: The Story of Pokhran'.

Kudos for John for backing a project like this which is lot better than his usual action flicks, but thumbs down for director Abhishek Sharma for not putting enough creativity and realism in there. Along with implausible stuff within the manipulative plot, the movie is further marred by flimsy dialogue and the contrived character interaction. On the technical front, the film isn't great either. The music especially, does not help much to create any tension. The most embarrassing thing is to hear the blatant rip-off of Hans Zimmer's terrific 'Docking scene' score from 'Intersteller' during the supposedly nail-biting climax. Probably the director thought of replicating the same dizzying sense of urgency here, but the whole sequence inadvertently falls flat.

The actors' performances are below par, as there is nothing reflective about it. The emotion is so muted it's almost non-existent. John Abraham looks great in the uniform but he is not convincing enough in the role. His polished subtlety works against him as his performance feels restraint. Diana Penty looks clueless throughout the film with her sleek hair and perfect makeup all the time. Boman Irani leaves a little mark with his stern voice and impressive demeanour. Anuja Sathe (as John's wife) has a little more to do and she shines within her limited space.

There's little that's authentic about this film even though it's based on a true event. As the result, the good story is ruined by the Bollywood emphasis on nation pride. We definitely deserved better movie on such remarkable story. Alas, no such luck here.